You should be worried if someone is overly happy – Psychologist 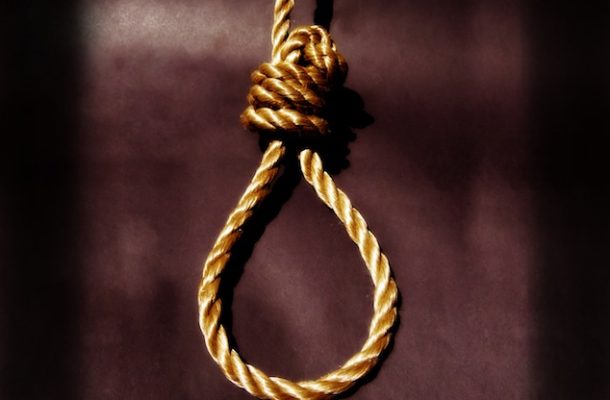 A Clinical Psychologist has revealed that an overly happy or sad person has the tendency of exhibiting desires to commit suicide. Reverend Father Anthony Afriyie Amponsah, who is also a Lecturer at the University of Ghana, has been explaining that for every disease a person’s face comes with its attendant behavioural manifestation and that one of the serious manifestations especially when it comes to hormones is the brain.

According to him, people could experience Anhedonia, which is the inability or withdrawal from social pleasure, but warned that for a person to feel extremely happy suddenly is more serious than the former.

“If somebody is overly happy, there is a problem. Imagine you owe somebody over GH¢100,000 and you are so concerned, then all of a sudden, you are so happy spending the little you have. It means the person is trying to finish up all he has and is ready to leave the world so anhedonia is just one of the few.

“There are cases where you find somebody with cancer and is in extreme pain and then all of a sudden, you wake up the next morning and the person says oh everything is fine; I give it to God and I am doing party and I have all these friends come and let’s party, indirectly they are saying goodbye to you,” he told Helen Appiah Ampofo, a co-presenter on the Sunrise morning show on 3FM.

According to him, suicide can be infectious and so if parents are overly stressed and they are not available, the few times that they come around, the children want to come close to them.

But if the parents don’t have the time because they are overly stressed, it affects the children, he said.

“The stress is on the parents and the few times the parent comes around and the child wants to open up and talk to them [and] they are not available, then you transfer your stress unto the child. Even if you, the parent, are trying to battle stress before you are aware, a sociable child begins to act funny and before you are aware he is gone.”

He said modernization has changed our ways of life and so people live in communities but barely see themselves because everyone is busy. He also said economic hardships are increasing cases of suicide in Ghana.

Meanwhile, a legal practitioner, Christian Malm-Hesse, is fighting a case in court for the government to decriminalize suicide.

He said in the books of Ghana, anyone who attempts suicide is a misdemeanour and “you are fined for a term of 3 years imprisonment. That punishment is too harsh and we believe that the action we have filed at the Supreme Court will come to light. We are arguing with issues that there is no means to life and people attempting suicide are not criminals. The law should be pathetic to them”.

According to him, it is disheartening to say for someone who attempts suicide should stand before the court to defend himself and where they fail to defend themselves in court, they are incarcerated.