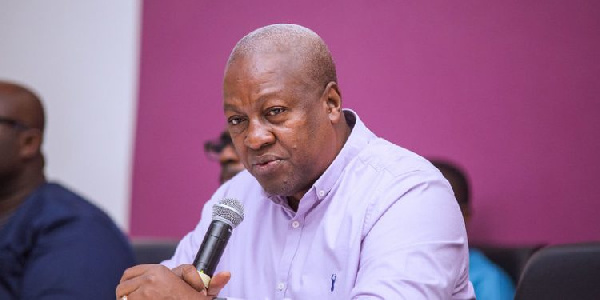 Managing Director of State Transport Company (STC), Nana Akomea, has chided the former President, John Dramani Mahama should be more concerned and push for a thorough probe into the Airbus scandal to clear his name.

Nana Akomea has since expressed surprise at the opposition National Democratic Congress (NDC) for descending on the Special Prosecutor for probing the scandal.

As it now stands, he contends, the NDC flagbearer is perceived to have been neck-deep in the deal.

The former Minister of Information was contributing to discussions on The Key Points on TV3/3FM on Saturday, July 18.

The discussions came in the wake of a Red Notice issued by the local office of the International Criminal Police Organization, Interpol, for the arrest of Samuel Adam Foster, also known as Samuel Adam Mahama, who is known to be brother of the former president.

It all has to do with further investigations by the Office of the Special Prosecutor on the procurement of some aircrafts by the Ghana Armed Forces in 2011.

The UK’s Royal Court of Justice, earlier this year, pronounced judgement against Airbus SE after years of investigations by the Serious Fraud Office (SFO).

Ghana was found to be one of the countries where shady deals by the Dutch company were said to have taken place.

In Ghana, a British-Ghanaian citizen, who was described in the judgement as Intermediary 5, was said to have bribed a high-ranking elected Ghanaian Government official, referred to as Government Official 1.

Rearing up its head again over the week, the matter has been seen by the NDC as an attempt to besmear the reputation of the former president on the brink of his campaign for re-election.

His aide, Joyce Bawah Mogtari, who was on the programme, said the move is calculated to witch-hunt Mr Dramani Mahama.

He said the “independent” Special Prosecutor is only being used by the NDC’s opponents for their “political expediency”.

But replying the NDC and its officials, Nana Akomea opined that it is even in the interest of the opposition party and its leader for relevant bodies of competent jurisdiction to get to the bottom of the matter for all doubts to be cleared.

“This matter as narrated in the testimony of Airbus must be deeply embarrassing to [former] President Mahama,” the former Member of Parliament for Okaikoi South observed.

“[It] must be very embarrassing to his party, NDC and it has been really shocking to the country at large if it remains as it is.

“I would have thought they will be interested in that. They should be pushing for thorough investigations because as the matter stands, as the narration stands on record, it is extremely damning to [former] President Mahama and his party.”

He, therefore, admonished them not to fret if indeed they believe the former president is innocent, describing the commentary against the matter as “horrible”.