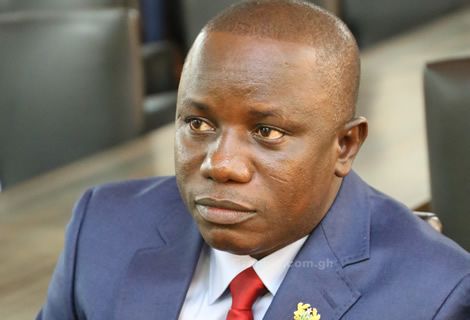 Celebrated Broadcast Journalist, Kwami Sefa Kayi aka Chairman General, has chided Minister of Defence, Dominc Nitiwul over the manner in which the latter publicly attacked ex President John Mahama over an alleged disputed land he [Mahama] is said to be occupying.

According to him, Hon. Nitiwul must be guided by the fact he’ll not be in power forever the reason why he should be measured in his actions as minister.

Hon. Nitiwul has come under a barrage of criticism from a section of the public after he at a press conference, advised former President John Mahama to vacate any “disputed” military land he is currently occupying.

He said Mr. Mahama’s continuous stay on such land will dent his image as a former leader who was once the Commander-In-Chief of the Ghana Armed Forces , adding “I’m advising him that if I were him I won’t live there.”

According to the Defence Minister, where Mahama is occupying is supposed to serve as a boundary between civilians and the military. He, however, failed to mention the location of the land.

“I want to advice the former president that he should look for a place and leave because it’s a dent on him. It’s not good for him. He was a president and he should leave there. He should have protected the Armed Forces. I’m talking of former President Mahama and I won’t say no more. That can’t happen any longer; not under this watch,” Mr Nitiwul cautioned at a media encounter on Thursday.

However the office of the former President has described as irresponsible and reckless, Hon. Dominic Nitiwul’s claim, adding that Mr Mahama has not appropriated or acquired any land or property belonging to the military and which he is currently occupying.

Commenting on Hon. Nitiwul’s comments on Peace FM Friday, Kwami Sefa Kayi said the Minister’s attack was needless urging him not to allow political power to get to his head.He noted that the Minister could have handled the issues in a much better way.

“I try to be as honest as I can, I’ve my flaws like any other man. Please let’s tell Dominic Nitiwul that power is transient, he should remember that. I listened to his press conference…beautiful press conference and then he introduced John Mahama into the programme about some land issue and he messed up the programme. He should cast his mind back, I don’t want to talk much. If I meet Nitiwul, I’ll tell him that he should have it at the back of his mind that he’ll not be in power forever.”