"I had no strength left. It was as if my body had left myself. I thought I was going to die," Theo said.

Afterward, they told him to sit down, but he was too weak to comply and they teargassed him and hit him on the head to make him comply. Eventually, he was handcuffed and put into the police car where he was spat on, insulted and beaten on his private parts. It was only when he got to the station that one of the officers saw his injury and arranged for him to be taken to the hospital.

There is a CCTV footage in circulation that allegedly shows four officers as they attack him, one of them forcing his baton into Theo's anus after they stopped him in the street during an identity check. As at Monday, bloodstains were still visible where the alleged attack happened.

The police officer has denied this and argued that Theo’s injury was an accident, in which his tracksuit bottoms fell down and the baton penetrated him. A lawyer for the officer also said that ‘the blow had been carried out in a totally involuntary manner, without his being aware of any injury.’

Meanwhile, there have been riots every night since the alleged rape, with the police station vandalized and hundreds of people joining marches calling for justice.

More photos and the video below. 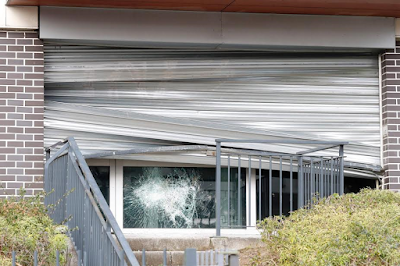 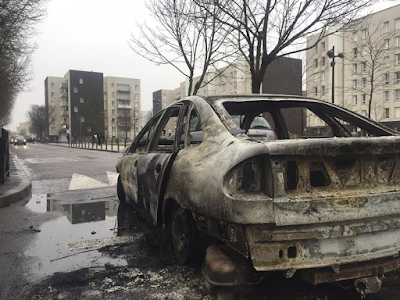 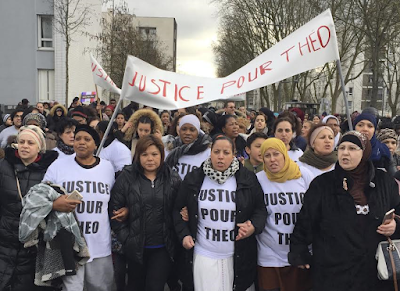