In a Press Statement signed by its General Secretary, Kokro Amankwah and issued Sunday, 19th September, 2021, the association congratulated all the nominees and reminded them that "your nomination is a test of the trust the President of the Republic, Nana Addo Dankwah Akufo Addo, has reposed in you, having been vetted from Regional and National levels.”

It also added that the “rigorous processes” the nominees went through to get nominated should push them to perform well for their respective MMDAs.

“NALAG is confident that the rigorous processes you went through to be nominated will push you to perform creditably to steer our Metropolitan, Municipal, and District Assemblies (MMDAs) to the end of its term and play a constructive role in the affairs of the Association when confirmed.” 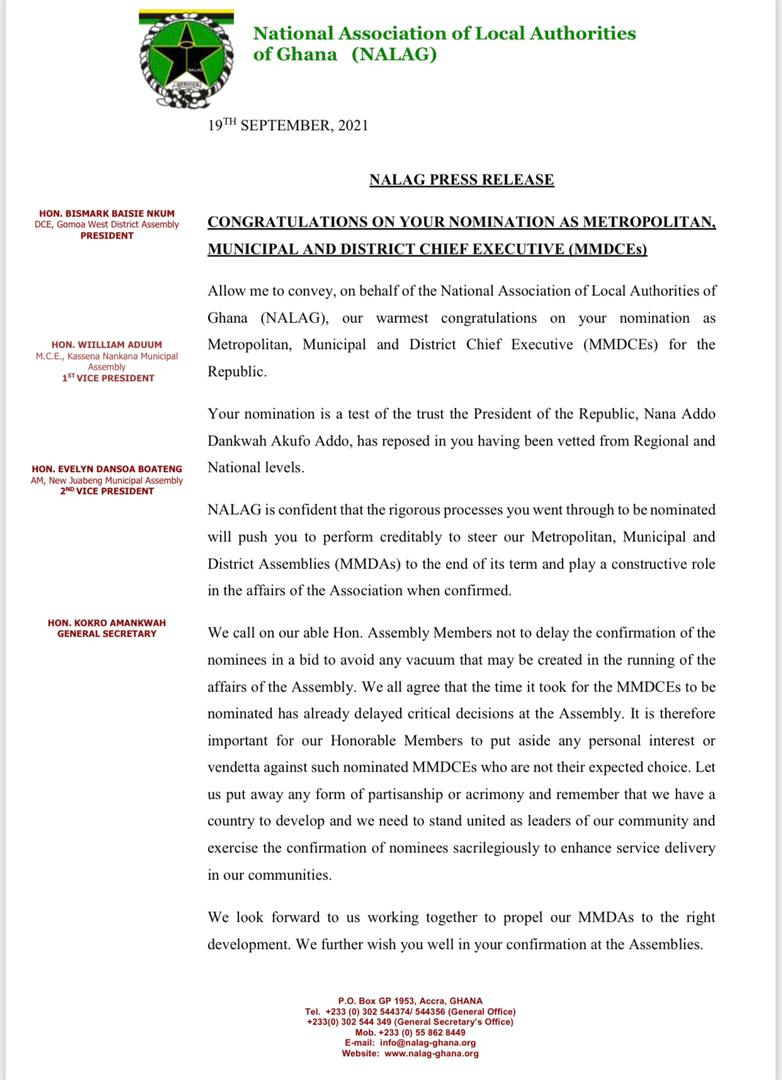 The government released President Akufo-Addo’s choice of nominees for the various MMDCEs on Sunday, September 19, 2021 after nearly nine months of the new administration.

The Minister for Local Government, Dan Botwe at the minister’s press briefing after the announcement indicated that the list has been forwarded to the various regional ministers.

The regional ministers are thus expected to contact the Electoral Commission, which will commence processes for assembly elections on the various nominees.