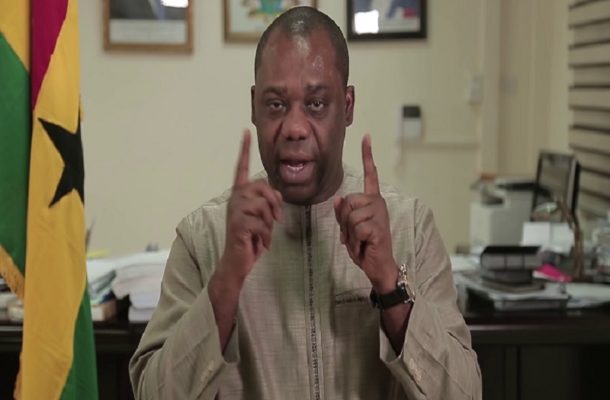 Minister of Education, Dr. Mathew Opoku Prempeh should stand firm since several people including men from his own party have called the attention of the President, Nana Akufo-Addo to halt him.

The latest to add his voice is a member of the governing New Patriotic Party (NPP) and Director of Special Duties at the Forestry Commission, Mr. Charles Owusu.

According to him, Opoku Prempeh has refused to tell President Akufo-Addo of the happenings in the Free SHS policy.

The NPP man also accused the sector minister of sabotaging Akufo-Addo flagship Free SHS policy by turning himself into a tin go and disallowing even his deputy to have access to him, something he feels will dent the good image of the president.

“Napo has not told the president about this development and parents are blaming Nana Addo for this……mind you Free SHS is a great initiative that should be embraced by all Ghanaians, there is no need sabotaging such a great project…. I am told his deputy Minister does not have access to him, he’s turned himself into a tin god…nobody advises him”, he said.

He said, fresh students placed in the various second cycle institutions are still home because the second-year students (continuing students) are still running on the double track system, causing limited space for freshmen.

Form one student are still home because there are no spaces in the various schools and nobody has told the president…… no one in the education ministry dare report to the president, they will out rightly lose their job”, he fumed.

According to him, the reason for postponing the reopening day for the form one students is because of the limited space, yet the president has not been duly informed.

“I believe he has done his part, it is time for his reshuffle, Nana should let him go……His approach of handling issues related to the Free SHS policy and the placement system is not the best, why would he accuse the NDC of busing  people to the independence square, that was an insults to Ghanaians…… my own daughter nearly committed suicide because of how stressful the placement process was, so why would he insults Ghanaians like that, it is time he left the ministry for someone else to man it” he added.

He said, Nana Addo needs to often time go behind the reports and the narratives the various ministries present to him and see things for himself

“Lift the veil and go behind, visit the various schools and see the real situation on the ground”, he said.