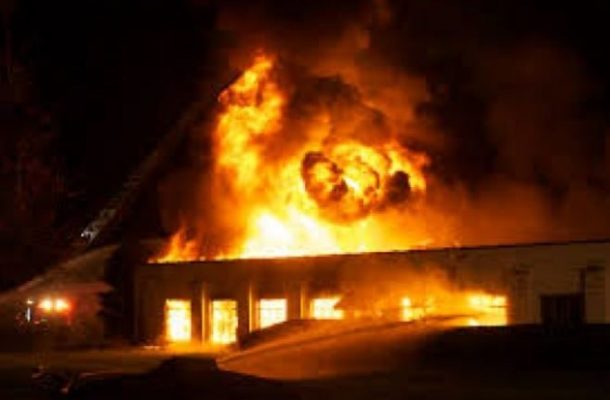 Two houses have been left in flames and residents horrified Tuesday dawn at Bisting, a small village in the Yunyoo constituency believed to be dominated by Mamprusis after unidentified armed men launched a gun assault and fled.

No human casualty has been reported yet and security men in the area have not also responded to the attack, sources in the community told Starr News.

Residents could not state reasons behind the attack but it has been widely linked to the deepening agitations over creation of a new district for the area.

The men arrived on motorbikes and fired sporadically before launching an arson attack on two houses and fled into nearly bushes.

He called the attackers “criminals” and asked the police to investigate and “bring them to book”.


According to him the chiefs and political leaders in the area were “legally and democratically” pursuing the issue of the district creation at the highest level and urged the youth to exercise maximum self-control.

Gulari who sought to distance the Konkombas from the incident suggested to authorities to dispatch delegation to the community to “calm nerves even as the police do their work to find lasting solution to this scuffle”.

This is the third attack in the area in less than two months after the Konkombas who want to have the capital of the yet to be created district sited on their land felt short-changed by the Local Government and Rural Development ministry headed by Hajia Alimah Mahama, the honourable Member of Parliament for Nalerigu- Gambaga.

Only weeks ago, four persons lost their lives and nine more injured at Najong No.1 when eight gunmen riding on motorbikes shot at a group of traders at a busy market.

Before this particular tragedy, police had arrested six people stockpiling sophisticated firearms to Namong, the community proposed by the Konkombas for the capital of the new district.