Yussif Chibsah through his foundation constructing a mosque in Damongo 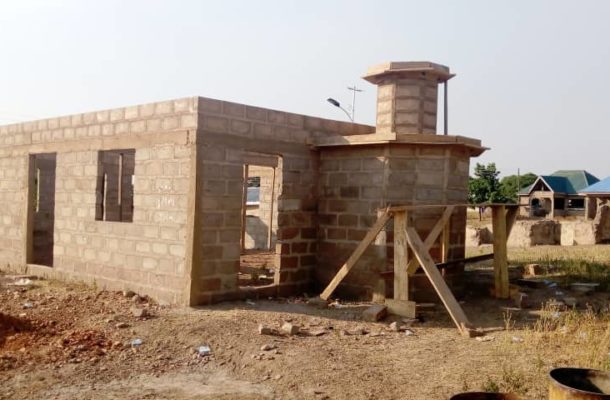 Former Asante Kotoko midfielder Yussif Alhassan Chibsah is not only involved in securing moves for players and deals for clubs with his Club Consult Africa.

The licensed FIFA football agent is not only clinching deals for players but off it too he is doing some benevolent stuff to benefit his people.

Yussif Alhassan Chibsah who is the representative for Club Consult Africa and also for Portuguese Kit manufacturing company Strike through his foundation called the Chibsah foundation constructing a mosque for the people of Damongo.

He posted it on his foundation's twitter handle : One of the ongoing Masjid project by CHIBSAH FOUNDATION in the Savana Region, Damongo. Our belief motivates our action, and it doesn't limit our reach .