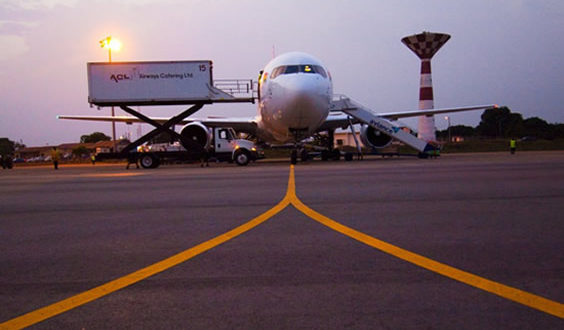 Ten airlines comprising of both local and international ones have shown interest in partnering government to establish a new national airline. This is the indication coming from the Ministry of Transport.

According to the Ministry of transport the transactional Advisor, PricewaterhouseCoopers (PWC) is currently engaging the 10 interested parties to evaluate and shortlist before inviting bids. Speaking to Citi Business News the Chief Director of the Ministry of Transport Twumasi Ankrah – Selby said he was hopeful PWC will soon present the names of the shortlisted airlines. “We have gotten about ten airlines interested to partner government in establishing a national airline. But the transactional advisor is currently doing further checks with the companies by engaging them one after the other to be sure they meet the criteria of government.” He further stated that “this exercise by the transactional advisor will lead to a short listing of the 10 airlines who have shown interest to partner government. We expect that the transactional advisor will get back to us within a month’s time from today.” When asked which airlines have shown interest to partner government the chief director of the transport ministry Twumasi Ankrah Selby admitted that Ethiopian Airlines and locally owned airline African World Airlines have all shown interest in partnering government to establish a national airline. Government is seeking an experienced airline operator as a strategic partner to establish a new national airline for the country, after the collapse of Ghana Airways and its successor the Ghana International Airlines (GIA) due to financial and operational challenges. The Ministry of Transport, in an Expression of Interest (EOI) published in dailies, said: “The feasibility studies for the establishment of a new national carrier also demonstrated the new national airline will require partnership with an experienced strategic airline partner that has a global distribution network to adequately take advantage of opportunities in the market place”. The partner, the EOI notes, ought to have good financial strength; technical strength in areas of IT systems and flight operations; maintenance yield and capacity management; good distribution network; and be a member of a global alliance. The Transport Ministry has said government this time is not going to commit funds but will only seek a carried interest in the proposed new airline. Other aviation analysts believe that the new airline should rather look inward and dominate the continent before venturing to other long-haul routes.