10 Best African Players Of All Time 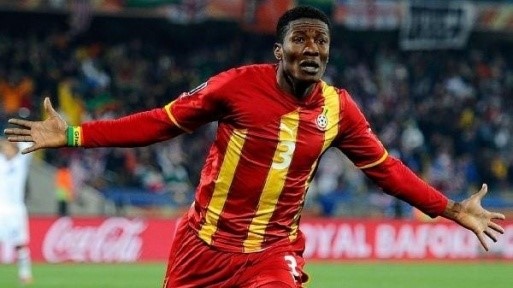 Africa is a continent that has always produced fantastic footballers. Let’s take a look at the best African footballers from the last ten years.

Everyone knows that cricket is like a religion in India, and we do not think that it is an exaggeration to say that football is like a religion in Africa. The people on this continent live and breathe the “Beautiful Game”, as they see it as a means of escaping their poverty-stricken lives. Over the years this continent has produced some fantastic footballers and we are now going to have a look at ten of the best African footballers from the last decade.


He might not have ended the decade with any silverware to his name, but throughout his career he more than proved that he is one of the finest forwards that Africa has ever produced. Okay, supporters of Ghana will remember him for the penalties that he missed at the African Cup of Nations in 2012 and the one against Uruguay at the 2010 FIFA World Cup, but Ghana would not have made it as far as they did if it were not for his goals against the United States, Serbia, and Australia. He is the leading goal scorer for Ghana, and he helped his country reach five AFCON semis over the last decade. He has recently been playing in the United Arab Emirates and he has picked up three titles.


When it comes to African goalkeepers, you do not get any better than Enyeama, that is for sure. He helped Nigeria to lift the AFCON trophy back in 2013 and also represented his country at two FIFA World Cups. In 2010, he was playing for Hapoel Tel-Aviv in Israel and he helped them to the title, and then three years later he was playing at Maccabi Tel-Aviv and he won the title with them as well. He also spent most of the last decade playing for LOSC Lille. Back in 2013, while playing for Lille, he went 1,062 minutes with conceding a goal and was just 114 minutes shy of breaking the record for the division.

If you are Nigerian and you are looking for the best place to place bets on your beloved football teams, then we suggest that you check out sport-betting.ng. Here you will be able to learn about all the greatest betting sites for Nigerian gamblers as well as many other great tips.


Mikel was part of the 2013 Nigerian team that lifted the AFCON trophy back in 2013. In 2006 he joined Chelsea and went on to have a very successful time with them – he won 2 league trophies, 3 FA Cup titles as well as the Europa League and the Champions League. To add to all of these achievements, he helped his country win the bronze medal at the 2016 Olympics and he has even had the honour of captaining his country. There are few African footballers that have enjoyed as much success as Mikel. At the time of writing, he was playing his football for Trabzonspor, who are one of the most decorated Turkish clubs.


Many consider Eto’o to be one of the best African footballers ever. During his prestigious career he won 3 Champions League titles (two with Barcelona and 1 with Inter). He was African Footballer of the Year on 4 occasions, with one of those titles being awarded to him in the last decade (2010). As well as Barcelona and Inter, he also had stints with Chelsea and Everton in the Premier League. During his club career he made 587 appearances and scored 293 goals. He was capped by his country 118 times and scored 56 goals. There really is no other African striker that can match his goal scoring record.


It is safe to say that no other African player had such an impact on the Premier League than Didier Drogba did. He won a load of trophies with Chelsea – 4 Premier League titles, 4 FA Cup titles, 3 League Cup titles, 2 Community Shields, and 1 Champions League title. Back in 2012 he was voted as their greatest ever player. He played 254 games for Chelsea and scored 104 goals. In 2006 and 2009 he was voted African footballer of the year. If there was one player that defenders did not want to see on the team sheet, it was Drogba.


He signed for Liverpool from Southampton in 2016 and his arrival helped to transform Jurgen Klopp’s team as his pace and dynamism is extremely difficult for defenders to deal with. One only needs to take a look at his goal record to see just how good he really is. He has played 127 matches for Liverpool and has scored 63 goals. He has also been capped 69 times by his country and has scored 19 goals for them. In 2019/2020 he helped Liverpool win the Premier League title for the first time, the Club World Cup, and the Champions League. He was subsequently named as the African Footballer of the year in 2019. He holds the record for the fastest hat-trick ever scored – 3 goals in 3 minutes against Villa in May 2015.


In 2013 he moved to Borussia Dortmund and in five seasons he scored 98 goals for the German outfit in just 144 games. This type of form does not go unnoticed and in 2018 he moved to Arsenal in the Premier League for a club record fee of £56 million. Since his move, he has been rare shining light for Arsenal, scoring 54 goals in 85 appearances. During his time in the Bundesliga, he was 1 of 5 players to finish at the top scorer whose name was not Robert Lewandowski. He is yet to win a major trophy for Arsenal – they finished second in the 2017-18 EFL Cup and second in the 2018-19 UEFA Europa League.


He signed for Manchester City back in 2018 and became the club’s most expensive player as well as the most expensive African player ever – he was bought for a staggering £60 million. However, before that he played for Leicester City and he helped them to shock everyone and win the Premier League in 2016. During that year he won the PFA Player of the Year Award, making him the first African to do so. In 2019, he also helped Algeria to win the AFCON trophy.


Salah arrived at Liverpool in 2017 for a fee of around £45 million and his goal scoring record since then has been really impressive. In 108 matches for Liverpool, he has scored a staggering 73 goals. During the 2017-18 season, he netted 44 times, meaning that only the legendary Ian Rush has scored more in a single campaign. During his time at Liverpool he has won the Golden Boot twice, the Champions League, Club World Cup, and the Premier League title. He also helped Egypt to qualify for the World Cup for the first time in nearly three decades. He won African Footballer of the Year in 2017 and 2018.


No list about great African footballers will be complete if there is no Yaya Toure on it. He is one of two central midfielders that has scored20 plus goals in a single Premier League season. The other player to achieve this feat is Chelsea legend, Frank Lampard. In 2009, he helped Barcelona to win the Champions League and in 2010 he moved to Manchester City the following season for a fee of £24 million. During his time at City he won the Premier League 3 times, the FA Cup once, the Football League Cup twice, and the Community Shield once. In 2015, he also helped the Ivory Coast to win the AFCON trophy.