18 Royals of Tafo in morgue for 13 years 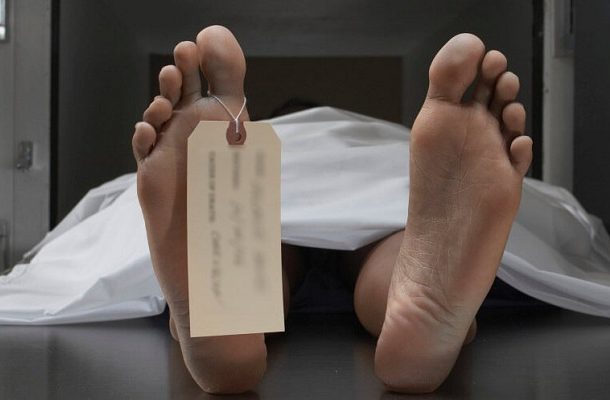 The bodies of 18 members of the Agona Royal Family of Old Tafo in Kumasi have been kept in the morgue for the past 13 years due to litigation over the right of burial at the Tafo Royal Mausoleum.

The family standoff has left the aggrieved family with no choice but to resort to the public space to put pressure on their Family Head, the Tafohene, Nana Agyen Frimpong II, to pave the way for the burial of their relatives.

The Agona Royal Family is pleading with the government, parliamentarians, the clergy, human rights activists and particularly the Asantehene, Otumfuo Osei Tutu II, to intervene in the matter to get the Tafohene to do the right thing to enable the family to give their kinsmen a befitting burial.

However, the Tafohene, when reached for his comment by our Ashanti Regional correspondent, Donald Ato Dapatem, declined to speak.

The bodies are currently ‘caking’ in the Komfo Anokye Teaching Hospital, the Old Tafo Hospital and the KNUST Hospital mortuaries, all in the Kumasi Metropolis.

The pain of the aggrieved gate of the Royal Family is that even though the “detention” of the bodies in the mortuaries was caused by Nana Tafohene, he “says he will not pay the mortuary bill, but that really is not our concern”.

“Our concern is to give our family members a befitting burial in the Royal Mausoleum,” a principal member of the family, Nana Adwoa Mansa, who is also known as Lady Darling Tuffour, told the Daily Graphic.

Giving a background to the issue, Nana Mansa, who walked into the offices of the Daily Graphic to pour out her frustrations, claimed that the Tafohene was not willing to permit the relatives of the deceased to bury their family members in the Tafo Royal Mausoleum.


She explained that her mother, Nana Yaa Nsia, who was the first to die on May 19, 2005, followed by other family members, was still in the morgue, with no sign as to when she would be buried in the Royal Mausoleum, as custom demanded.

“Fellow compatriots, how can I carry out my daily endeavours in happiness while my mother’s body has been in the morgue for more than 12 years?” Nana Mansa asked.

She explained that the Tafohene suspended the burial of their relatives “for the simple reason that one Sarkodie, the son of Maame Kwartemaa, who is not a royal of the Old Tafo Stool, had sworn the Great Oath of Asanteman against him to the effect that he must not allow the burial of Nana Yaa Nsiah, the sister of our late queen mother, Nana Konadu Yiadom II, at the Tafo Royal Cemetery”.

She said Nana Tafohene, who was expected to have replied the oath, rather turned to the family to enquire from them the way forward.

“The family wondered why a stranger could prevent the chief from burying his royals in his own mausoleum, and why the chief too did not attempt to exercise his power to challenge him.

“Eventually, we resolved that the chief must go and reply the oath at the Asantehene’s Palace to enable us to have access to bury the corpses in the mausoleum. Regrettably, the deceased aforesaid are still in the mortuary,” Nana Mansa explained.

She said Nana Tafohene gave an assurance that apart from replying the oath, he had the fastest means to resolve the matter and pleaded for time, “though we knew that was untrue”.

Nana Mansa explained that according to Asante customary practices and usages, “failure to reply the Asantehene’s Great Oath means our family members have restrained ourselves from being buried at the royal mausoleum and, as such, anyone who dies again must not be buried but the body must be kept at the mortuary till eternity, since the Tafohene is the leader of the family and such restrictions upon him affects the entire royal family”.

She explained that no alternative solution could bring the matter to a close for the family members to be buried unless Nana Tafohene replied the Great Oath of Asanteman, which was still hanging on his neck.

She alleged that instead of focusing on getting their kinsmen a befitting burial, the Tafohene was rather diverting his attention to things that were of no immediate benefit to his family members.

“Due to frustration and excessive pain the family is encountering, our family too has sworn the Great Oath of Asanteman against the Tafohene, to the effect that if he cannot reply the oath hanging on his neck to pave the way to bury the corpses, he too cannot maintain his position as Tafohene to lead the family,” she further explained.

She said the move annoyed Nananom Benkumfo in the Asantehene’s Palace and she and her family members were charged to produce two rams for purification for the case to be brought before the Asantehene, “but for some years now they have not done anything about it”.