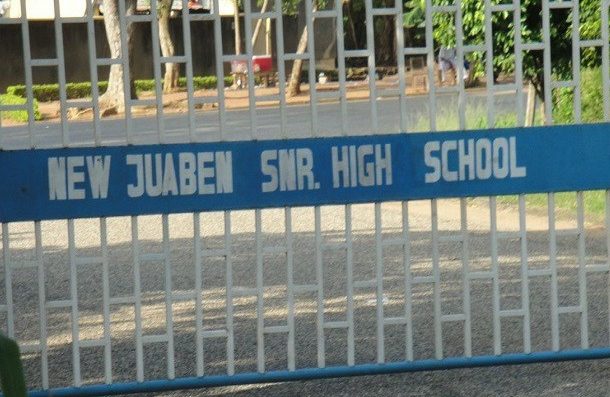 Nineteen (19) students of the New Juaben Senior High School (NJUASCO) in Koforidua in the Eastern region ahve been suspended to holding a 'wee' party in the school.

The school which has recently been hit with various disciplinary actions has suspended and other students were expelled from the boarding house for various indiscipline acts.

The “marijuana party” on campus which led to one student being hospitalized was reportedly one of the highest offences.

According to Starr News, some of the affected students were only allowed to partake in the ongoing WASSCE after their influential parents lobbied the school authorities.

Sources close to the School also indicate that one of the students, a female, sneaked out of school at night for sexual pleasures.


The disciplinary committee of the School found the students guilty for breaching aspects of the school rules and regulations hence the action.

The committee however could not obtain any exhibits of the alleged marijuana used for the said party to incriminate the students hence handed them indefinite suspension and deboardenization as punishment.

The sanctions were however reversed and the students recalled after intervention by their parents, Starr News has gathered.

The new Management of the school headed by Frank Obeng Wilson since assuming post has decided to restore total discipline in the school as part of the overall objective of enhancing academic performance of students.

This path of paradigm shift has been met with several obstacles including interference by parents and other influential people.