2020 won't be easy; Mahama's message must be with purpose and discipline – Jinapor 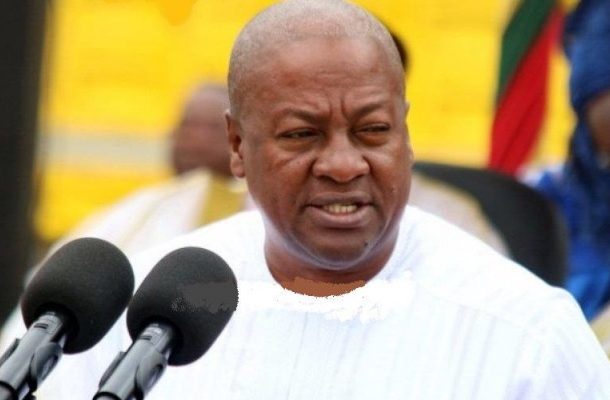 A lecturer at the University of Education Winneba, Dr Ahmed Jinapor, has said former president John Dramani Mahama will have to craft a message which inspires purpose and discipline in order to convince electorate in his bid to be president again in the 2020 presidential and parliamentary elections.According to him, Mr Mahama’s political career will be over if he does not provide stronger message to Ghanaians to secure him victory in the polls.Speaking on TV3’s New Day programme on Saturday August 25, Dr Jinapor said : “I don’t think 2020 is going to be a runover by any of the two major political parties. I know Mahama will say that he is going to defeat Nana Addo , and Nana Addo is also going to say that he is going to defeat his old wife who is Mr Mahama. The election is going to be a competitive election but the challenge is with the one who is making the proposals that is the opposition leader – Mr Mahama.“That is why I want to see a tenacity of purpose, discipline and message from him. What is he bringing that he hasn’t done before? He has been vice president, he has been acting president and he has been president so he needs to make a strong and convincing case before Ghanaians are going to take him seriously.“He stands a better chance of being competitive but if he does not do his work well his political career is going to be over.”

Mr Mahama, through Mr Daniel Ohene Agyekum, former Ambassador to the United States, presented his official letter of intent to run for the flag bearer slot, to the party’s Adabraka headquarters on Thursday, 23 August 2018.

Speaking at his office right after he officially sent his letter of intent to the party on Thursday to contest, Mr. Mahama said:

“I wish to assure that in my own nature, I am not the person that will cast aspersions or negativity or insults at any of my comrades who have declared their intention to run. And I expect that for all those who support me, they will also follow in the same track and not attack or cast any aspersions against opponents because after the congress we would have to come together again.”

In a tweet on Thursday, Mr. Mahama confirmed his participation in the NDC’s presidential race.

He says he has subsequently submitted his letter of intent to the General Secretary of the NDC, Asiedu Nketiah.

“I have submitted my letter to the General Secretary of the National Democratic Congress (NDC) confirming my decision to contest for the leadership of the party with a clear view on victory in 2020, with your support,’ he tweeted.

His letter of intent was presented on his behalf by a group of party heavy weights including former ministers of state like Inusah Fuseini and Sherry Ayitey.

The NDC has slated December 7, 2018, for the election of its flagbearer for the 2020 presidential election.