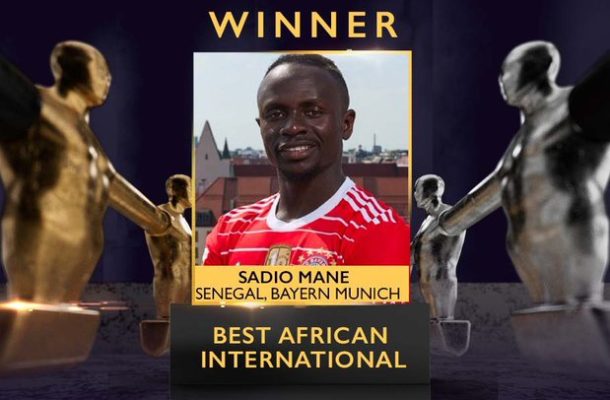 New Bayern Munich forward Sadio Mane has been named as the Best African International at the 2022 Ghana Football Awards ceremony on Saturday at the Grand Arena, Conference Centre - Accra.

The Senegalese forward helped Liverpool to the League Cup and FA Cup double last season, contributing 23 goals in all competitions before they lost in the Champions League finals to eventual winners Real Madrid.

Mane also helped Senegal win the 2022 AFCON tournament in Cameroon as his side defeated Egypt in the finals.

Mane joined Bayern Munich from Liverpool this summer for 34million pounds after a trophy laden spell at the Merseyside club.

He also helped Senegal to secure a place at the 2022 Qatar World Cup which comes off in November.