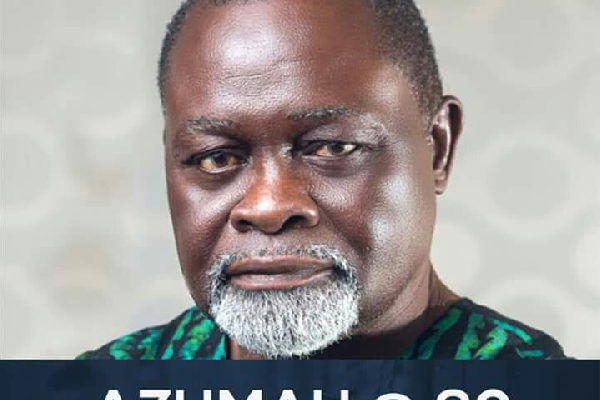 Professor Azumah Nelson was inducted into the International Boxing Hall of Fame in 2004.

On July 19,1958 a great personality arrived into this world through the country Ghana formerly called the Gold Coast with little to predict about his future.

After a spectacular Amateur career outings as a boxer with medals at the Commonwealth and Olympics Games,he turned a Professional Boxer in 1979 and had his debut fight against Billy Kwame at the Accra Sports Stadium.He won the said fight by a unanimous points decision.

With hard work and determination, on July 21,1982,he was offered a huge opportunity by the legendary Don King to take on the durable Salvador Sanchez at the popular Madison Square Garden in New York for the WBC world featherweight Title.The fight travelled the distance of 15 rounds but lost the fight in the last round after a knockdown,but eventually, the referee was blamed for not allowing him to continue with the fight.Many boxing pundits had him leading on their scorecards before the referee took the controversial decision.

He had a total of 47 bouts,lost only 6,won 39 through the distance with 28 of the accumulated wins came by way of knockout with 2 draws.
He had 400 rounds of boxing with 60% in percentage terms for his knockouts.

Professor AZUMA NELSON was a three times world champion.He defended his titles for 10 unprecedented years in the history of Ghana boxing and above all was inducted into the Hall of Boxing Fame with countless awards from World Boxing Council(WBC) and many other meaning stakeholders.