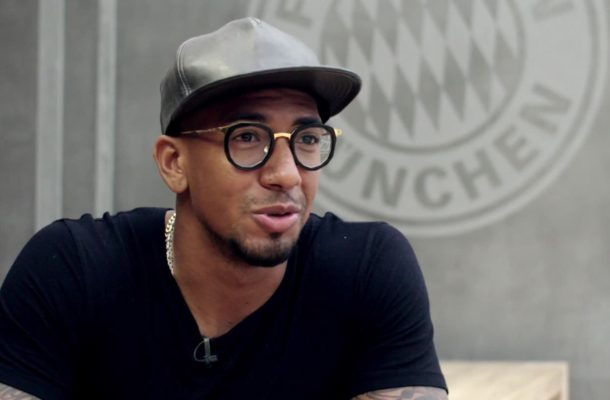 erome Boateng made his name in the world of football thanks to many trophies he has won including UEFA Champions League and World Cup. He is a known footballer, but has already made his name in fashion. Let’s look at three things that make him a promising fashion businessman in the future.

3.He owns a fashion magazine

The Bayern Munich defender recently launched a fashion magazine named after him. BOA is bi-monthly fashion magazine, which is the first urban lifestyle mag for millennials, according to by its publishers Gruner + Jahr, which has other celebrity-based publications.

Boateng said: “With this magazine I want to transmit my passion for fashion, sports and music and tell interesting stories from my own point of view.

“My project is something more ambitious.

“I intend to explore emerging trends, not only in fashion, but also in music and everything related to sports.”

2.He is about to launch his own fashion brand

In partnership with H&M group’s newest brand, /Neyden, Boateng is designing a collection of clothing that reflects his ‘‘Unique Style’’ and will be launched in spring 2019

“I have always liked wearing clothes that help me stand out quietly, not loudly. /Nyden understands my sense of style and shares my vision.

“Together, we will create a line that enables anyone to look sharp at all times – travelling on a plane or a bus to a match, a day out with family or a late dinner in the bright lights of the city. It’ll be a mix of classic, casual and striking to help people express themselves without being too loud.” Said Boateng in a statement.

1.He owns a collection of glasses called ‘JB’

In 2016, Boateng successfully launched ‘JB sunglasses’. Because of its perfect success, the German international launched his second eyewear line of corrective spectacles and sunglasses.

‘‘For me, glasses are definetly a fashion accessory, which I can combine with my own style. I learned lot about the process during the production of the first eyewear line. Therefore I was able to participate even more actively the second time around. The results speak for themselves. The names of the new models have again a very personal touch. Apart from the football pitch, I strongly believe, that through my activities as a designer one is able to get to know me better. Hence the concept of the campaign’’ Said the 30 year-old