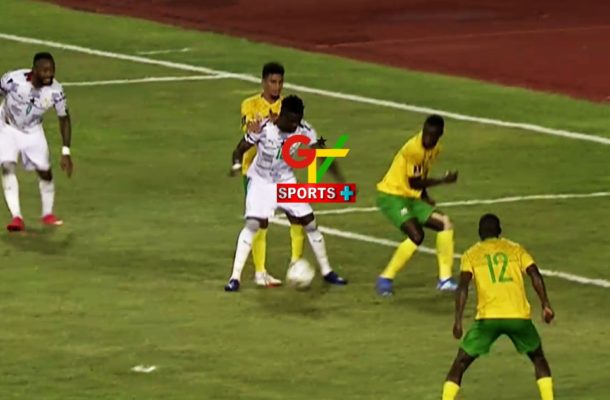 According to a report filed by Kumasi-based Fox FM, the deceased was stabbed in Mzuluku, South Africa on Sunday after Ghana's 1-0 victory against South Africa in the 2022 World Cup qualifier.

This follows a heated argument that ensued between the deceased and some indigenes about the contentious penalty awarded Ghana in the 31st minute by Senegalese referee Ndiaye Mangueta after a foul on Daniel Amartey.

A Ghanaian resident in South Africa by name Owuraku narrated the incident to Fox FM and pleaded with Ghanaian authorities to come to their aid as Ghanaians are now a target for South Africans following the match.

“Yaw Owusu, a 39-year-old man who works at a saloon had a few arguments with his apprentice before the game on Sunday. The argument resurfaced on Monday morning after the controversy on the penalty and has stabbed him to death.

“We are now trying to find his family members in Ghana.

“The tension on Ghanaians here is very high. The South Africans have threatened to deal with Ghanaians here after their petition to FIFA. We are pleading on authorities to come to our aid,” Owuraku said in an interview with Fox FM.

South Africa is known for xenophobic attacks on foreign African nationals and the football match between Ghana and South Africa could trigger the age-old problem if not managed.