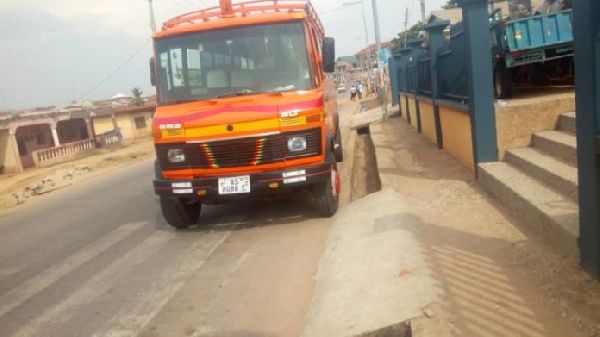 A Muslim couple in the Ashanti Regional town of Sawaba, is in grief after their four-year-old daughter died on the spot after she was run over by her school bus Wednesday.

The incident occurred at approximately 6:30 am when the deceased, Aisha Abdul Aziz and her seven-year-old brother had converged at a usual point near their home to be bused to school.

She reportedly tripped and fell while crossing the road and got trapped under the bus, witnesses had told Dailymailgh.com.

The deceased was confirmed dead by officers who arrived at the scene.

The driver of the bus was immediately handed over to the police at Asokore Mampong to assist with investigations.

“For now we are still investigating. Dockets will be forwarded to the Attorney General for advice”, the Police Chief explained.

The school bus with registration number AS 6088 E has since been impounded by the police.

Correspondent, Jonathan Ofori, however, reports that the body of the deceased has been buried according to Islamic tradition.

Father of the deceased 37-year-old Abdul Aziz Muktar said he is devastated by the loss.

“I am saddened. But what can I do. I leave everything to God for now”, he sobbed.