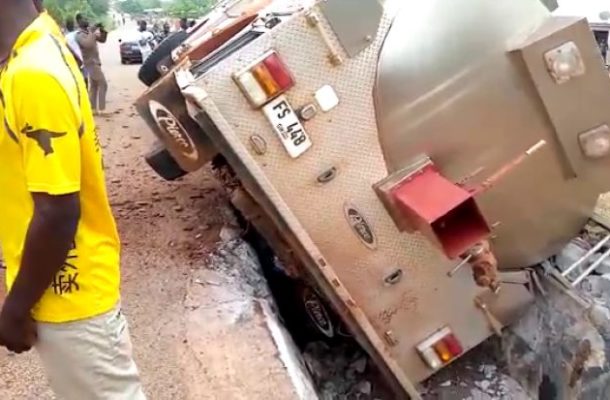 The Duayaw Nkwanta fire tender of the Ghana National Fire Service (GNFS) with registration number FS 448 has been involved in an accident.

The tender en route to Techimantia in the Ahafo Region to fight fire is said to have experienced a tyre burst.

Fire Officer DO3 Simon Agyei Boamah told Adom News’ Sulley Dramanithat although no death was recorded, five personnel on board sustained injuries after the car somersaulted. 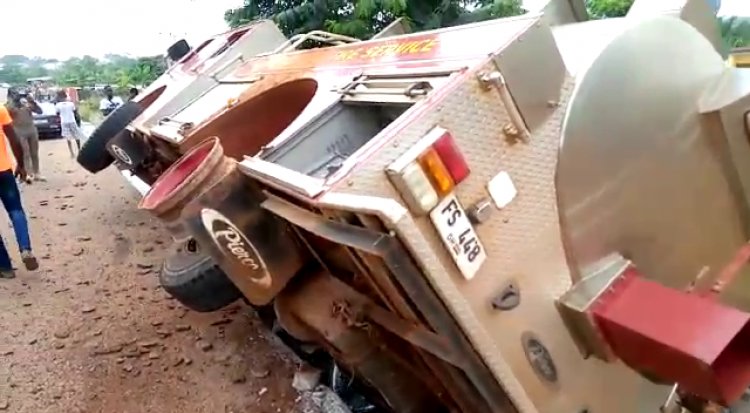 DO3 Boamah urged motorists to co-operate with the GNFS to fight fire outbreaks by abiding by the Service’s preventive measures.

He expressed concerns about the attitude of some drivers, especially taxi drivers who intentionally obstruct the movement of tenders responding to emergency duties. 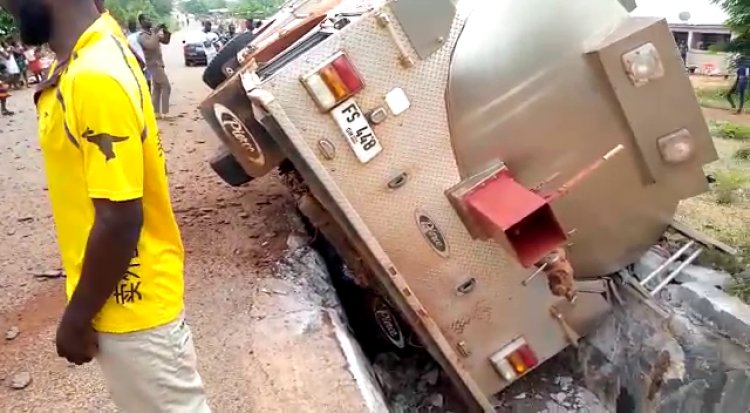 DO3 Boamah said the siren must be respected at all costs, but condemned non-government vehicles that abuse it.

He called for the enforcement of laws on the usage of sirens in the country to facilitate the work of Fire Service personnel, security agents, and ambulance operators.