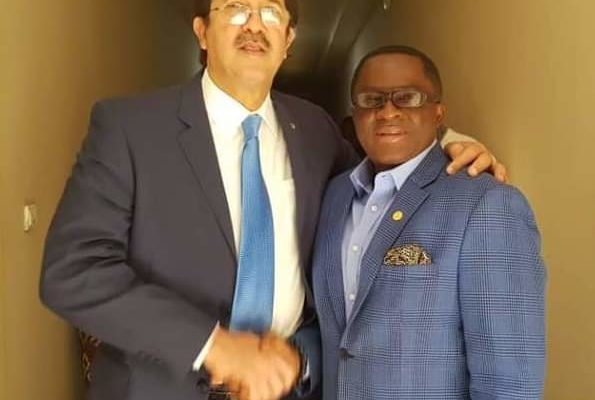 Mr. Ben Nunoo Mensah, President of the Ghana Olympic Committee (GOC) has revealed how his outfit has been supporting the various sports federations in Ghana since 2017.

Mr. Ben. Nunoo Mensah told the media the GOC through a support from Africa National Olympic committees Association (ANOCA) have awarded financial support to all the national federations going through the 2020 Olympic Games qualifiers.

“It is not only football that we supported, we gave Rugby, Football, Boxing $8,000 each, Cycling, Volleyball, Badminton, Swimming and Fencing $5,000 each, Taekwondo and Shooting received $3,000 each, while Weightlifting received $7,000 during their qualifiers. Other federations who will be going through their qualifiers will also receive their monies”, Nunoo Mensah told the press.

The experienced Sports Administrator, who is also the president of the Ghana Weightlifting Federation (GWF), urged the federations who have benefited from ANOCA funds to use it to judiciously to build their capacities and enable them to qualify for the 2020 Olympic Games to be held in Tokyo, Japan in July and August.

He thanked ANOCA for the wonderful support and tasked all the federations that have benefitted to utilized it efficiently and effectively to make the qualification to the Olympic Games.

He added that the GOC is focused on improving the Amasaman land which has been developed from a forest to a community park.

The leadership of the Ghana Olympics Committee accounted for the total support given to the various national teams to help them in the qualifications route to the 2020 Tokyo Games.