Opinion: Fadama Park; The Sad End To A One Time Juvenile Football Hub 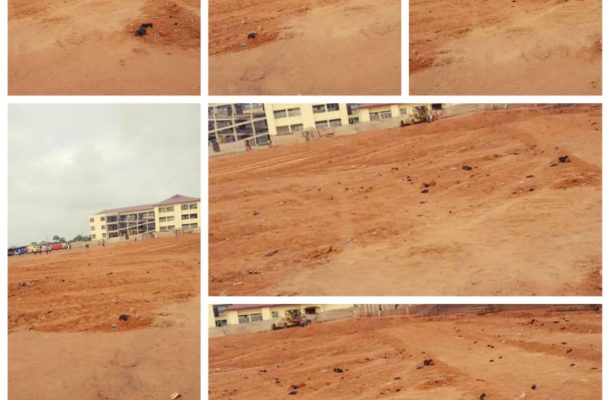 Grass-less pitches have often been criticized as a bad platform for footballers but that same unfavorable platform has been the perfect furnace for Ghana’s talent production for years.

One of the pitches that has produced and hosted good footballers in Ghana is the Fadama School Park which is a few metres away from the National Chief Imam’s residence.

Known for hosting an 11-11 aside matches throughout the week, the pitch has now suffered a reduction in size simply because of the influx of astroturfs in Ghana.

The Fadama School Park has been the home ground of two major clubs for the past years, that is, ONION STARS,DESIDEROS FC.

The venom in their rivalry despite playing on the grass-less pitch can rival Hearts and Kotoko at either Accra or Kumasi Stadia or an AC and Inter Milan clash at the Giuseppe Meazza Stadium in San Siro.

The lightening atmosphere is not limited to just the two clubs as other clubs battling them produced a wild ambiance because Fadama folks love their football.

The Fadama fans on so many occasions turned against their home teams if and when the away team played better.

Fans milled from Darkuman,Nyamekye,Apenkwa and Achimota,Bubiashie,North Kaneshie,Race Course, Chantan,Tabora,Alhaji,Mile 7,Israel and its surrounding areas to watch league matches at Fadama.

Aside from League matches, the Fadama School Park was an arena for the usual “Saturday, Sunday and Monday Stars special” which saw players ranging from those plying their trade abroad joining the locals to play and have fun.

Fast forward to 2020, the hopes of DESIDEROS and ONION STARS are dead if not dashed as the field can no longer host an 11-11 aside juvenile/Colts football matches.

The pitch has now been reduced to an 8-aside which will become more of fun games rather than a serious football business.

In effect, Colts/Juvenile football is extinct in Fadama as the clubs that nurture and produced national stars have to look elsewhere to honour League matches.

The locals who once enjoyed their “Saturday,Sunday and Monday Stars special” now have to pay to be able to play.

It is sad how we are not taking cognizance of the fact that the mushrooming of astroturfs are killing our football instead of helping it.

Serious football is played in an 11-11 aside fields but when our pitches are being turned into just 7 or 8-aside recreational centres in the name of football development, then the future of our nationa teams is bleak.

These juvenile clubs will be forced to push their good player into the SOCCER ACADEMIES who don’t train these players properly but just to half bake them and sell abroad.

What becomes of those who are unable to make the cut into the Academies, their hopes of playing football to the highest level crashes with some falling prey to societal delinquencies.

Astroturfs have slowed football development rather than build it.