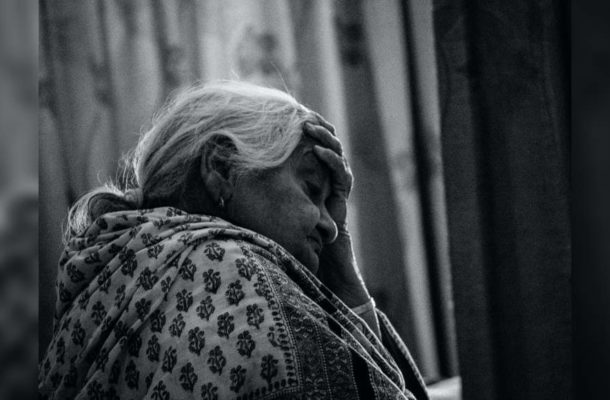 It’s safe to say that the thought of ‘your mother-in-law being jealous of you’ has at least crossed your mind once. Humans are structured to be envious and mothers in law can feel jealous of the woman taking away their child. While mothers are the most perfect being, considered close to God, even they have a little bit of imperfection. After all, every mother-in-law feels a little bit jealous when their little boys grow up to be men and marry the girl of their dreams.

Surely, mothers feel happy about their sons but get jealous when they tend to put their wives as the first priority. This can get really frustrating for the daughter-in-law because their mother-in-law can cause several uncomfortable, instances displaying the emotion of jealousy clearly. So, in an account of this, we bring to you 7 mothers-in-law who share the moments when they felt incredibly jealous of their sons’ wives.

1. “It’s been long since my son and his family visited our house. I always see photos of them going out on picnics and what not on Facebook. I feel like it’s because of his wife. She never liked coming to our place.”
Sharmila Shah, 56 years old

2. “My daughter-in-law never admits to her mistakes she does in the household chores. I understand that she gets tired after her office work hours, but this doesn’t mean that she can’t admit her mistakes right? I never said anything to her, but now it’s frustrating!”
Kavita Das, 53 years old 3. “My son’s wife doesn’t let our grandchildren come to our house often now. When I spoke about this to my son, he said, Saumya doesn’t want Sonu and Tinu to eat unhealthy food that often. I could’ve made healthy food, there was no need for such an excuse! I really don’t like how much control my daughter-in-law has over my son’s life.”
Roopa Chakraborty, 62 years old 4. “My daughter-in-law always compares our household rules and chores to her home. She keeps saying, humare yaha yeh nahi hota (this doesn’t happen in our home). What’s worse, my son also doesn’t say anything!”
Sriparna Ghosh, 55 years old

5. “This one time, my son got a beautiful necklace for his wife on some normal occasion. I must admit, I got a bit jealous. My husband used to give me all such gifts when he was there with me, but now when he’s no longer here, my son could also give me a gift or two!”

6. “To be honest, I have always been a little possessive. So when I finally got to know that my son was intending to get married, I knew I had to be ready to face whoever it is. My daughter-in-law is very sweet and kind, and I’m grateful that she is there for my son. But I couldn’t help but think of the fact that now, there’s another precious woman in his life.”

7. “My daughter-in-law has the audacity to turn my son against me! My son is so innocent that he can’t understand that women’s behaviour at all. Instead, he takes her side and tells me off that I’m being very rude. What kala jadu has she done?!”