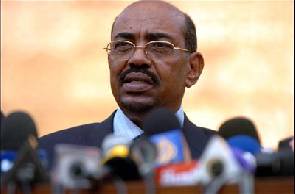 African leaders must sign and ratify all treaties and conventions issued by the African Union (AU) to enhance human rights and support the work of institutions seeking to preserve the dignity of the African people, said Sudanese President, Omar al-Bashir.

He was speaking after being presented with the Champion of African Pride award at Addis Ababa University in Ethiopia at the conclusion of the African Initiative for Pride and Dignity forum.

The forum was held at the University from Tuesday to Friday. The initiative aims to base African development efforts on African indigenous knowledge systems.

"African dignity, which is deeply entrenched in the original culture of the African people, has consistently struggled against all forms of suppression," he said.

"African leaders must take practical steps towards the respect of mechanisms of African justice to enhance African dignity and human rights."

The initiative was launched in partnership with the United Nations University for Peace (UPEACE), the Islamic Educational, Scientific, and Cultural Organisation (ISESCO), the Chair of Cultural Diversity based at the International Relations Institute in Cameroon, the Institute for Peace and Conflict Studies African Network in Tanzania, and Centre for the Study of Peace and Human Rights in Sudan.

"I am aware this award given to me is, in fact, an honour for the Sudanese people who rejected and resisted oppression, tyranny, and colonisation in all of its forms. The leaders of African countries must step up our struggle against discrimination and injustice," he said.

According to his profile on the BBC, al-Bashir’s career has been defined by war. When he seized power, Sudan was in the midst of a 21-year civil war between the North and South. Though his government signed a peace agreement, he was still criminally charged by the International Criminal Court (ICC).

In 2009 the ICC charged al-Bashir on ten counts, including organising war crimes under the Rome Statute, crimes against humanity, and genocide.

He and his allies reject the charges, questioning the independence of the ICC and claiming it only targets Africans.

Many argue that the ICC wants to impose foreign laws upon some African countries and is being used by the European Union (EU) to recolonise Africa.

According to a professor at the Institute of Peace and Security Studies at Addis Ababa University, who was attending the award ceremony and who spoke to the African News Agency on condition of anonymity, "double standards"in the ICC’s approach was demonstrated in that the court showed interest only in African countries that were not allies of the EU or US.

Al-Bashir is the first sitting head of state charged by The Hague-based court since its inception in 2002. It has so far indicted about 40 African leaders on various charges.

"Even though the ICC has its own fault lines and I do not agree with its methods to charge Africans, but I was surprised to learn that the president is awarded as the first African president for being the champion of Africa. It is a joke to the international community, or maybe whoever gave him the award is trying to make a statement," the professor said.

The award was given to al-Bashir "for being a symbol of resistance, strong leadership, and his commitment for African institutions".

However, al-Bashir said the award was "an expression of respect and honour for all African nations and for the glorious men and women who struggled for the sake of liberty and dignity of the continent".