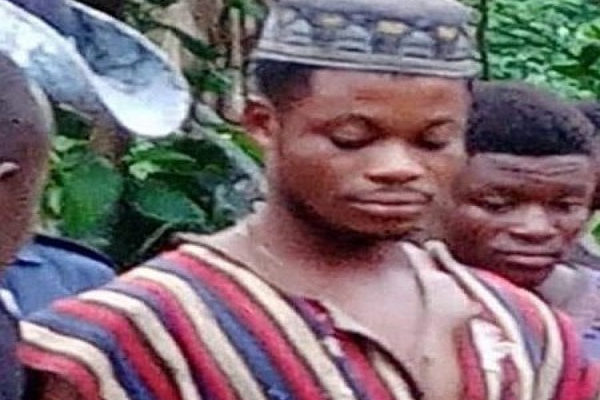 The Effiduase Magistrate Court in the Ashanti Region has sentenced a 27-year-old fetish priest at Effiduase two years imprisonment for attempting to exhume the body of one Francis Kwabena Agyapong, who was buried recently.

The court, presided over by Michael Derrick Ocloo, sentenced Yaw Michael after pleading guilty to the charge of causing unlawful damage, contrary to section 172 of Act 29/60.

The Effiduase District Police Commander, Chief Superintendent Asare Bediako, who briefed DAILY GUIDE, said on April 13, 2020, the deceased, a form two student of Ejisu Senior High Technical School, was shot by some armed robbers when he was going to a building site to mould some concrete blocks.

He said the armed robbers shot the deceased in the abdomen after they had robbed him of his mobile phone and GH¢10.00 at a place close to Effiduase Roman Catholic Church.

Kwabena Agyapong was first rushed to the Effiduase Government Hospital before being referred to the Komfo Anokye Teaching Hospital (KATH) where he died the following day.

On April 20 at about 2:00pm, the deceased was buried at the Effiduase Cemetery. But 30 minutes later, the police received information that the convict had gone to the graveyard in an attempt to exhume Kwabena Agyapong’s body.

The police rushed to the scene and found the convicted fetish priest tampering with some concrete slabs that had been used to cover the grave of the deceased.

Yaw Michael told investigators that he saw in a dream how Agyapong’s killers had kept his spirit in a bottle placed in the coffin so he was at the cemetery to dig his grave and free his spirit so he could avenge his death.

Meanwhile, Chief Superintendent Asare Bediako has disclosed to DAILY GUIDE that three persons have been arrested and put before the same court in connection with the murder of the deceased.