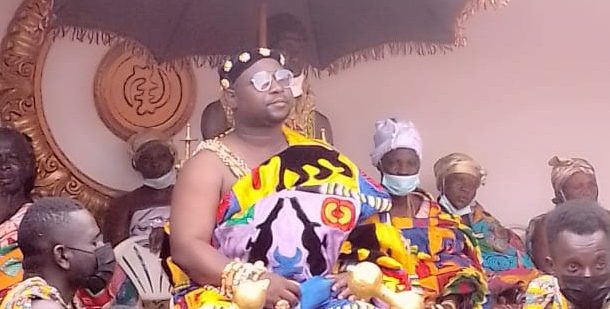 Traditional authorities of Kwamang, a community in the Sekyere Central District of the Ashanti Region, have called for support to tackle destructive activities of nomadic herdsmen in the area, Daily Mail GH has reported.

Inhabitants depend heavily on agriculture, however, the nomads are said to be destroying crops in their farms, a situation said to be creating tension between the herdsmen and the locals.

Addressing a gathering to mark Akwasidae Festival on Sunday, Omanhene of Kwamang, Nana Biritwum Okyere Bediako said the community is disturbed by the development.

He wants the government to intervene because activities of the nomadic herders have become “a threat to the livelihood of the people.”

“Cattle herders have invaded our land through our own people. Their animals are destroying our farm produce but when we you attempt to drive them away, you become targeted”, the traditional ruler said at the event which was heavily attended by people from far and near amid strict COVID-19 safety protocols.

The nomadic cattle herders, most of whom are Fulanis, have gained notoriety in parts of the Ashanti, Eastern and the Bono and Ahafo regions for destruction of farms and properties.

Fatal clashes with local farmers have also been a recurrent incident which usually result in loss of life and property.

A national security taskforce formed to end the menace in the Ashanti Region has for many years been struggling to stamp out the alien nomads.