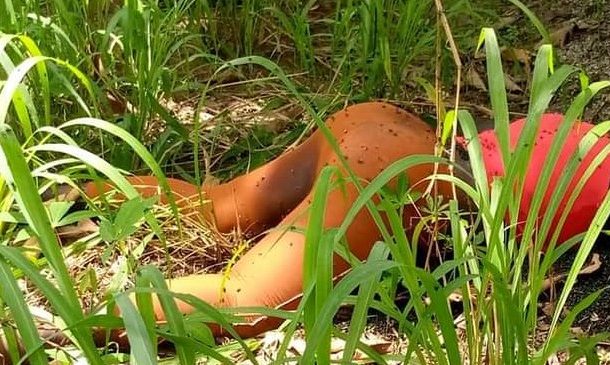 A man who allegedly beat his 6-month-old wedded wife to death and dumped her body in the bush has been arrested by the police in Ashanti Region.

According to Madam Rose Anima, mother of the deceased, her daughter, Ama Boatemaa went missing from her matrimonial home on Easter Monday and never returned until her lifeless body was found in a bush at Atwima on Friday, April 9, 2021.

She said she suspected her son-inlaw of being responsible for daughter's death following the failure on his part to inform either the police or the parent after she went missing.

"I suspect Michael (husband) for killing my daughter over his constant abuse towards her," she told Angel Broadcasting Network (ABN).

She further disclosed, "exactly one week after they got married, Ama came and complained to me that she was severely beaten by Mike which led to the loss of her first pregnancy."

Attah Michael is currently in the grips of the Abuakwa Divisional Police Command assisting with investigations.