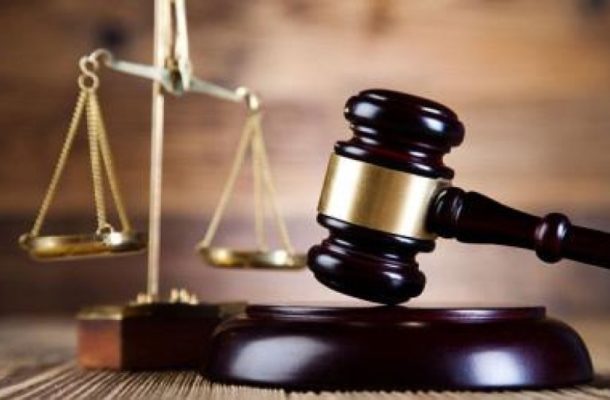 The Mampongteng District Court has remanded the man who shot his brother-in-law and another woman at Ahwiaa in the Kwabre East Municipality, into police custody.

Kwabena Adjei, 36, who has been charged for attempted murder and negligently causing harm, was put before the court presided over by H/W Thomas Soyori on Wednesday. His plea was not taken as police prosecution prayed the court to remand the suspect for investigations to continue.

The suspect’s landlord, 51-year-old Kwabena Nkrumah, whose gun was used to commit the crime, was granted a police enquiry bail as part of investigations. The weapon has since been sent to the police forensic laboratory for ballistic examination the court heard.

What happened at Ahwiaa?

An incident report sighted by dailymailgh.com has revealed that Kwabena Adjei, a self-styled prophet, behaved strangely towards his 38-year-old wife, Adwoa Pinaman, citing a direction from God to divorce her.

Sensing danger, she relocated from her matrimonial home at Ahwiaa to her shop, where she had stayed for days.

On December 4, 2021, a misunderstanding ensued when she went back home to pick her personal belongings. The suspect who started issuing threats at the time rushed to his room to pick his single barrel gun but could not find it.

“Thereafter, the suspect entered his landlord’s room, picked his gun and shot his brother-in-law Emmanuel Owusu who was standing close to his wife”, the report said. He sustained gunshot wounds in the knee. Another victim, named as Salomey Opoku Konadu, was also hit by stray pellets at the abdomen.

The victims were rushed to the Komfo Anokye Teaching Hospital for treatment. Although there were reports one of the victims had died the police did not confirm that development.