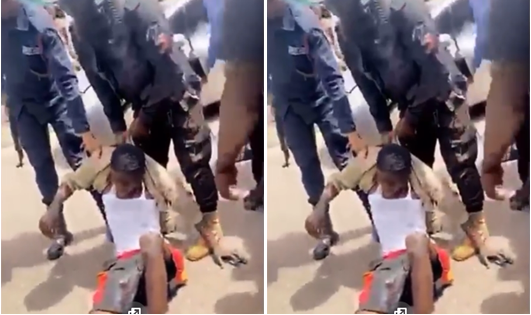 Three people have been arrested by Police over the Alabar daylight robbery which led to the death of one in Kumasi.

The suspects include Hamza Nuhu, 22, who was shot in the thigh by police during the arrest. The rest are Salifu Iddrisu, 18 and Ali Razak also 18.

They are currently in Police custody to assist with investigations, while a manhunt has been launched for the arrest of the remaining suspects.

Three people were shot in the broad daylight robbery at Alabar in Kumasi in the Ashanti Region.

Eyewitnesses say one of the victims is believed to be dead while the two others have been rushed to Manhyia government hospital with gunshot wounds.

Police personnel have been deployed to the crime scene.

This is the third broad day attack by robbers in the last two weeks in Kumasi.