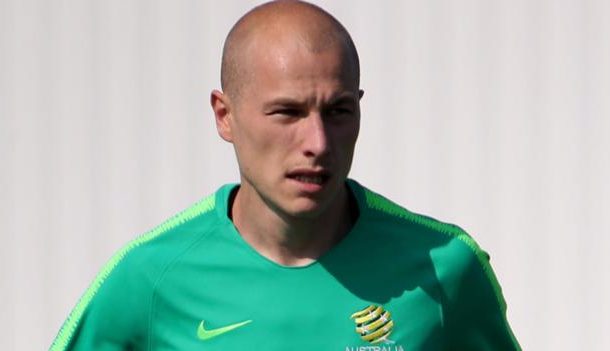 Injured Huddersfield midfielder Aaron Mooy has been named in Australia's 23-man squad for next month's Asian Cup in the United Arab Emirates.
The 28-year-old had been ruled out of action by the Premier League club until February because of a torn ligament in his knee.
But Socceroos coach Graham Arnold says the playmaker "believes he will be ready to go".

"[Huddersfield] ruled him out before we could speak to him," said Arnold.
"He's asked for the medical staff to go over and to have a look at him and we just want what's best for the kid.
"The kid wants to go to the Asian Cup and the kid wants to play for Huddersfield."
Arnold confirmed that Australia's physio Phil Coles was heading to England, with other Socceroos' medical staff, to give the midfielder another assessment on Friday.
A final call on Mooy's participation is expected to be made over the weekend.
The Asian Cup runs from 5 January to 1 February, and Australia begin their campaign against Jordan on 6 January, at the Hazza bin Zayed Stadium in Abu Dhabi.Source: bbc.com