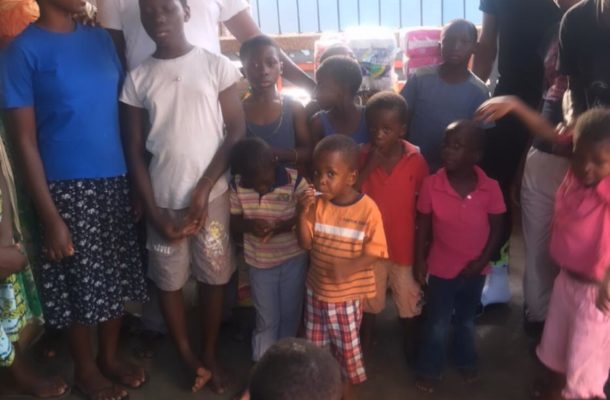 Former Asante Kotoko striker Abdul Fatawu Safiu has extended his benevolence towards the under privileged and marginalized in society.

The Trelleborg Fc striker who recently tied the knot with his girlfriend Adila Jafaru has made a donation to the under privileged children at the Frankmay New Life Foundation Children's home in Techiman the Bono East capital.

Abdul Fatawu Safiu decided to extend the largess Allah has showered on him to the less fortunate in society so donated items that included bags of rice,sugar,large quantities of bottled water,canned drinks,toiletries and other assorted items.

Handlers of the home were full of praise for the footballer's kind gesture and asked other individuals and bodies to remember the under privileged in society too.

He is not the first player to have done such a kind gesture but joins the tall list of players who have remembered to give back to the society however little they have.