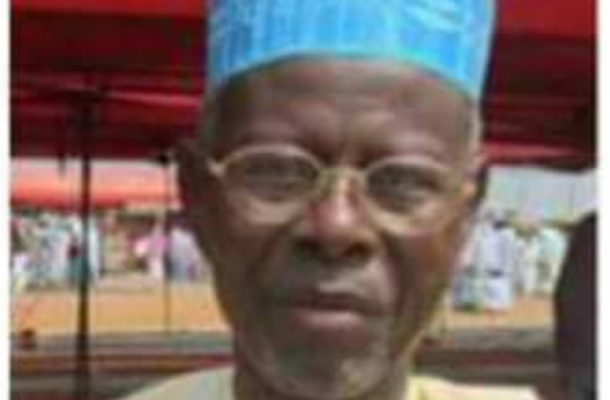 The 7th-Day intercessory prayers (Dua) for former Black Stars and Accra Hearts of Oak left back Abubakar Jawondo will be held on Monday, family has announced.

Mr Jawondo, who played for the Phobians in the late 60s, died on Monday 28th February at 80.

The Dua to be held at the Jawondo family House at Darkuman is the second to be held in matter of a week, in  accordance to Islamic traditions.

A Fiddau (3rd Day prayers) has already been held for him on Wednesday 2nd March.

His son Abdul-Wahab Jawondo, a  sports journalist working for Marhaba FM and Gaskia TV, describes the late left back as a man who has done his best  for both "family and country".

"He was a motivator, a disciplinarian and a figure of pride for the Jawondo family and mother Ghana," the Head of Sports for the Hausa-speaking Radio and TV stations said.

"My father was a greatest role model who  always had a solution to our problems. We only knew him as a our dad but we grew up to know  his act heroism from outsiders.

"He has done his best for both the family and the country and as children, all we can only prayer for Allah to grant him Jannatil Firdaus."

Born in April 1942 in the Greater Accra suburb of Old Fadama, Jawondo's football story extends beyond the borders of Ghana.

He played for the Phobians between 1968 to 1970 after joining the Ghanaian football powerful house from Accra Standfast, where he played for a season.

He later shifted his attention to Koforidua Rovers in a short stint before landing in Nigeria's Kano Pillas between 1971 to 1972.

He however returned to the country to offer his longest football services to Agona Fankobaa in Central region, spending six years with the Swedru-based club between 1972-1980.

His soccer mastery at the flanks earned him call up  into the  Black Star a friendly game against Romania in 4th February 1971, where he featured in the famous 3-1 victory over the Eastern European country.

He also worked at the Ghana Armed Forces in a voluntary service to the nation.

He had 11 children but is now survived by 8.

Below is the profile of the late Abubakar Jawondo