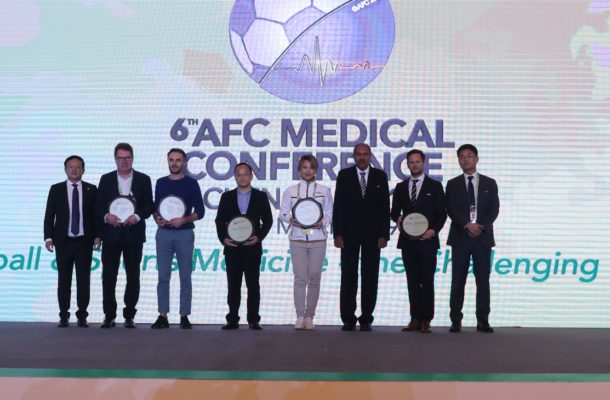 
With the aim of achieving football excellence through evidence-based sports science and medicine, the prestigious event was attended by more than 700 delegates and featured an agenda of lectures, symposiums and free papers amid a backdrop of knowledge and information exchange.

AFC Competitions Director, Shin Man Gil, hailed the success of the conference, saying: “Firstly, I must convey the AFC’s heartfelt appreciation to the Chinese Football Association, the Chengdu FA and the Chengdu City Government for hosting this conference in your wonderful country.

“With more than 700 delegates, this was the largest-ever conference since its inception in 1995, and I would like to congratulate and thank every one of you for helping us reach this historical feat.

“The growth of this conference is a heartening indication of the greater emphasis we are placing, as one Asian football family, in the area of sport science and medicine.

“The wellbeing and care of players is increasingly becoming more complex and demanding. And against the backdrop of the Asian continent, the diversity, the sheer size, these challenges appear even more demanding than ever.

“Looking back, I am sure you will agree that this year’s theme – “Football and Sports Medicine: The Challenging Horizon” was a timely opportunity for you all.”

The conference, which was given a resounding thumbs up by those participating, also featured the second edition of the AFC Medical Awards where 27 professionals were recognised for their endeavours.

“The AFC Medical Conference has been a wonderful experience, one that has considered the welfare of the players through a multi-discipline approach,” declared Minghao Zheng, a pathologist by profession, who is the Pro Vice Chancellor of the Faculty of Health and Medical Sciences at the University of Western Australia.

“It has been a very rewarding event, one that has allowed professionals, from a multitude of fields of expertise, to share their knowledge and experience,” he added.

As a further appreciation of the support rendered to make the conference the undoubted success it was, Appreciation Awards were formally presented to FIFA, UEFA, CAF, Chengdu Sports Bureau, Aspetar and ZOLL Medical Corporation.