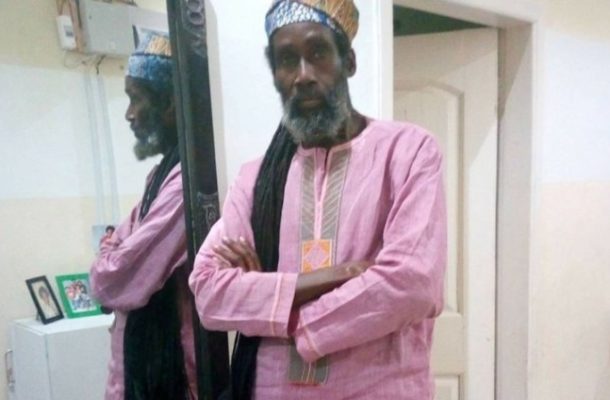 The Father of one of the two Rastafarian students initially rejected by Achimota School, Ras Nkrabea, has revealed how the legal war with Achimota School almost cost him his position as a Deputy Chief Executive Officer (CEO) at his workplace.

He shared that his position was threatened as he devoted more time to the court case while balancing his time with his family and the other Rastafarian family involved in the issue.

He made this revelation during an interview with Samuel Eshun on the Happy Morning Show aired on e.TV Ghana and Happy 98.9FM.

“I almost lost my position as the deputy CEO of a company as I gave my whole time to the suite and it was very conflicting because I had to try and balance my position as the deputy CEO of the company and at the same time ensure that the advocacy goes the way I intended it to go. I also had to balance my family and Tyron’s family; balancing both of them at the same time and still deal with all the media advocacy that was going on. It was virtually extremely expensive. I can say it was very expensive”, he disclosed.

Meanwhile, Ras Nkrabea has expressed elation at the outcome of the judgment and was very pleased that students of the school warmly welcomed his son on the first day of school after the ruling.

The Father further appealed to anyone who wished to support the family to do so as that will support them after the legal war.

Achimota School became the center of debate when it refused to admit two Rastafarian students. This saw a section of the Ghanaian public criticizing the school authorities with others standing with them.

It can be recalled that the GES rescinded its decision to allow Achimota School to admit the Rastafarian students and subsequently threw its support to the school for refusing to admit the students.

In recent news, however, the Human Rights Division of the Accra High Court has ordered Achimota School to admit the two Rastafarian students, after the two sued the school’s board of Governors, the Minister of Education, Ghana Education Service, and the Attorney General to enforce their fundamental Human Rights.