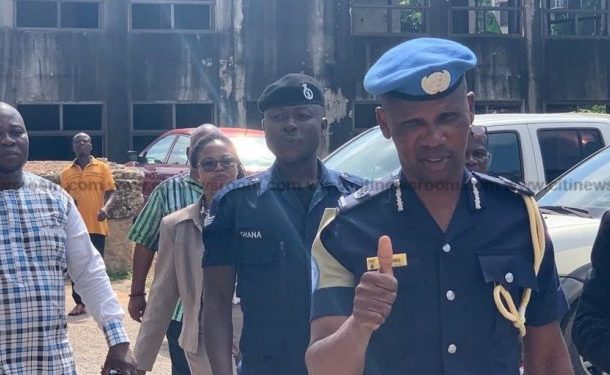 An Accra High Court has denied an application by embattled Assistant Commissioner of Police (ACP), Dr. Benjamin Agordzo who is standing trial with 10 others for allegedly plotting a coup.

ACP Agordzo had filed for an application challenging his interdiction by the Inspector General of Police on November 19, 2019 for his alleged role in the coup plot.

Ruling on the application on Friday, January 14, 2022, Her Ladyship Justice Olivia Obeng Owusu, presiding over the General Jurisdiction 4 Division of the High Court, said she is unable to grant the application for judicial review owing to the peculiar nature of the case, Kasapafmonline reports.

ACP Agordzo named the Inspector General of Police and the Attorney General in his case challenging the interdiction.

In his affidavit in support of the motion for Judicial Review, ACP Agordzo represented by Human Rights and Constitutional lawyer, Martin Kpebu, described the interdiction as a breach of his right to administrative justice and due process.

ACP Agordzo on the advise of his lawyers described his interdiction by the IGP and a subsequent petition to have the same reversed denied by the IGP as unlawful.

“After five (5) months of interdiction, I sought legal advice and was advised by counsel that 5-month-old interdiction was unlawful because the 1st respondent was under obligation to revoke the interdiction after three (3) months if disciplinary proceedings were not instituted against me,” the affidavit stated.

Meanwhile the treason trial involving ACP Agordzo and nine others is still being heard by an Accra High court.

All the 10 persons accused of planning to destabilise the country to take over the government have pleaded not guilty to various charges including high treason.

The experienced police officer has over a period of 31 years, served in various capacities and has risen through the ranks of the Ghana Police Service, to the position of Assistant Police Commissioner.