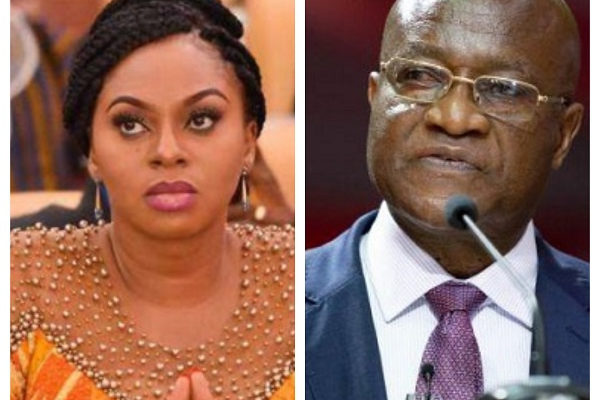 Majority Leader, Osei Kyei-Mensah-Bonsu, has stated that numerous attempts have been made to get Dome Kwabenya Member of Parliament Sarah Adwoa Safo to return to the country but all proved futile.

In an interview with Accra-based Okay FM, the Suame MP detailed that in of such instance, an unnamed revered person who is a close associate of Sarah Adwoa Safo’s family went to visit her abroad in a bid to persuade her to return but was unsuccessful.

According to Kyei-Mensah-Bonsu, the Dome Kwabenya MP said she did not have time to return to the country.

Post the visit of the revered person, the Majority Leader said that Sarah Adwoa Safo reached out to him saying that her return to the country was imminent however Covid-19 testing abroad was frustrating her.

He stated that he was in contact with Adwoa Safo but failed to return even though she indicated she will be in the country by Easter.

“I was the when she called me and told me she’s on her way but Covid test [frustrating her]. She sounded like she was at the airport already and it was only left with the Covid test to be done for her but they were saying a lot of things.

“They said she didn’t come early so unless she goes home and comes the following day before they can do it for her. In the course of that, she said she has moved the test to the weekend. The weekend too she said she thought they will do the Covid test for her. The matter was complicated.

“The day she went, it was a public holiday so they couldn’t do it for her and for that reason it had to move to the following day again. All this time I was engaging her on that. In the end, I wasn’t hearing from Adwoa Safo for 2 weeks on whether or not she has been successful with the Covid test to allow her to come back to Ghana.

“During that time, she mentioned that she will come back during Easter. This was in the first meeting of Parliament. She didn’t come during Easter. May, June, and July is ending and she hasn’t come. When she says she’s been politically witch-hunted, I don’t understand her,” Osei Kyei-Mensah-Bonsu said.

Sarah Adwoa Safo has been absent from Parliament since the beginning of this year.

According to her, she needs time off to sort out family issues abroad.

Her absence made the Speaker of Parliament, Alban Bagbin, direct her together with two other MPs to appear before the Privileges to respond to why they have been absent without permission