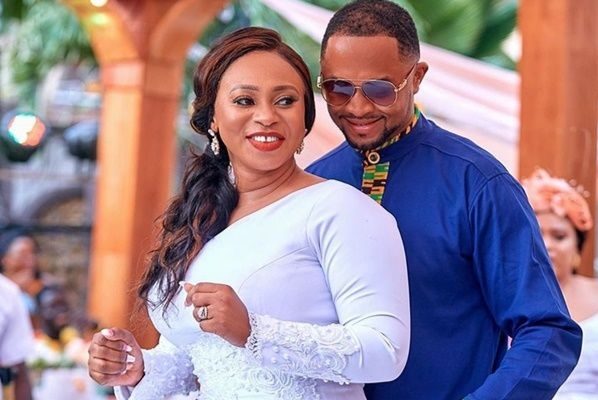 Minister for Parliamentary Affairs and Majority Leader of Parliament, Hon. Osei Kyei-Mensah-Bonsu, has disclosed that husband of the Member of Parliament for Dome-Kwabenya, Sara Adwoa Sarfo paid him a visit.

He, however, did not disclose the purpose of the visit.

Speaking on Okay FM's 'Ade Akye Abia' programme, he explained that they are yet to meet again to have further discussions on her and her fate as a Member of Parliament.

He, however, added that he was very much surprised at the behaviour of the Dome-Kwabenya MP and thought she was going to respect the working relationship that had previously existed between them and make things clear to him.

"Adwoa Safo was my deputy and I expected her to discuss things with me before she took that intransigent position to deny the party and parliament her service. The matter as it is now is not about her again, parliament has to take a decision and per what the constitution is saying her seat must be declared vacant," he said.

"But Speaker Alban Bagbin must respect the country’s Constitution and avoid breaching it in his ruling on the Dome-Kwabenya MP, Sarah Adwoa Safo, whose seat is expected to be declared vacant," he added.

Mr. Bagbin, on July 28, 2022, deferred for further study a decision on Adwoa Safo’s fate regarding her absence from the sittings of the House for more than 15 days without written approval of the Speaker.

The Privileges Committee of Parliament, by a majority decision, recommended the New Patriotic Party (NPP) MP’s seat to be declared vacant, intimating, “the Dome-Kwabenya seat is automatically vacant by operation of law.”

The committee said by the provisions of Article 97 (1) (c) of the 1992 Constitution, the onus was on Sarah Adwoa Sarfo to provide a reasonable explanation to the Privileges Committee on why she shall not vacate her seat, for having absented herself for 42 sittings of a parliamentary session. This is because the MP failed to take advantage of the numerous opportunities and facilities offered her to provide reasonable explanation.