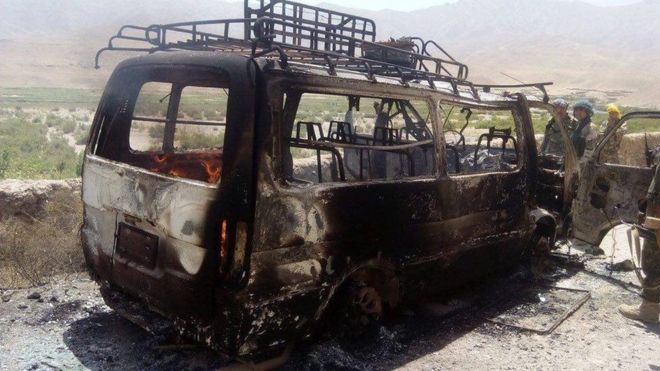 Militants have attacked a convoy of foreign tourists in west Afghanistan, injuring six and their Afghan driver.
The group of a dozen travellers was being escorted by Afghan army personnel to Herat city when it was ambushed, Afghan officials told the BBC.

The tourists comprised eight Britons, three US citizens and one German. Some reportedly had light injuries and were being treated in hospital.

A spokesman for the Taliban said it had carried out the attack.

Afghanistan's main roads are notoriously dangerous, with militant attacks and kidnappings frequent, many of them carried out by the Taliban.

Jailani Farhad, a spokesman for Herat's governor, said the attackers had used small arms fire and an improvised explosives device.

He said it was not yet clear who had been injured, although the German foreign ministry said its citizen was unharmed.

The tourists are being held at an Italian military hospital in Herat city and are set to be evacuated to Kabul. 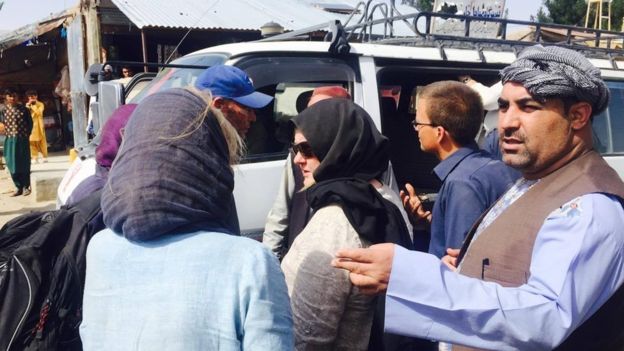 Afghan interior ministry spokesman Sediq Sediqqi told Afghanistan's Tolo news channel the tourists had been on their way from Bamiyan to Herat, via Ghor.

The ambush took place in the Chesht-e-Sharif district. Security reinforcements have been sent to the area.

Despite the ongoing insurgency, Afghanistan does see a small number of tourists every year, organised by several foreign adventure tourism companies.

Bamiyan province is especially popular with adventure tourists, attracted by its ancient culture and natural beauty.

Many Western nations advise against all but essential travel to the country.