Afoko trial: My intention was to save the deceased - Witness 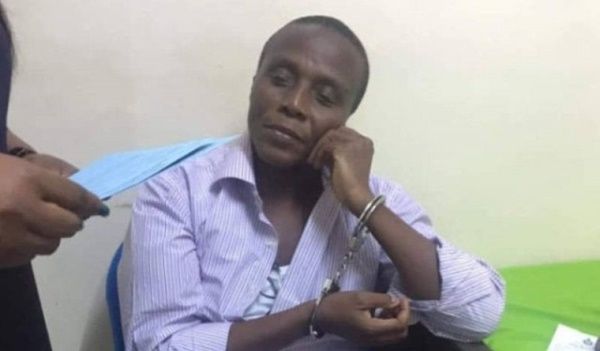 Mr Asigri Quinn, the second Prosecution witness in the case involving murder trial of Gregory Afoko has said his intention was to save the life of the late Adams Mahama.

“I was, therefore, doing everything possible to get him to the hospital,” he said.

He told the court that saving life was his mission not to calculate the time he got to the hospital.

Afoko is standing trial for the murder of Adams Mahama, a former Upper East Regional Chairman of the New Patriotic Party.

Mr Quinn, a driver at the Social Security and National Insurance Trust (SSNIT) who was giving his evidence in chief, was being led by Mrs Marina Appiah Opare, Chief State Attorney, affirmed that the deceased mentioned Afoko and Alandgi Asabke, as those who poured some substance on him.

When asked, whether he knew Afoko, the witness answered in the affirmative, saying, but this was the first he has seen Asabke.

The witness said the deceased was his neighbour at the affordable housing area in Bolgatanga.

Mr Quinn said on May 20, 2015 at about 2340 hours, he was at home sleeping when his wife woke him up and said somebody was crying for help in the deceased house.

He said when he heard that, he rushed to the deceased house in a boxer shorts, only to meet the late Adams Mahama and the wife in their compound, where the deceased was crying and wailing and his skin was peeling off and was turning reddish.

He said the deceased upon seeing him (the witness) mentioned his name and said he need help to the hospital, so he rushed to his home and dressed up properly before conveying him to the hospital.

He said when he opened the deceased car, the dash board had melted. Likewise the car seat leaving only the metals with the lights in the car on.

The witness said upon realizing that he could not use the car, he rushed to his house to pick his car to enable him to transport the Late Adams Mahama to the hospital.

He said “when I came back to the deceased’s home, he was naked and the cloth used to cover him had burnt due to the substance poured on him.”

Mr Quinn said on the way to the hospital, the deceased started reciting Quran verses and mentioning the names of the two accused.

He said the deceased narrated what happened to him. He said he came back from his construction site only to meet the two accused at his gate, so he parked and decided to speak to them, but before he could speak with them they pour a substance on him.

The witness said when he got to the hospital, the deceased was taken straight to the emergency ward, while he looked for an appropriate place to park the car.

He said when he got to the ward, the deceased was soaked in water and when he asked, he was told it was the doctors, who poured water on him, it was there that the deceased got up to sit on the bed, giving me his phone to call one Toufiq for him.

“I was unable to call the said Tofiq because, the deceased had a pattern lock on the phone, rather it was one of the doctors, who gave me his phone to call, where the deceased mentioned Toufiq’s number,” he said.

He said when he called Toufiq, he did not respond to the call but not long afterwards he (Toufiq) appeared in the hospital.

He said it was in front of everyone in the ward that the deceased told the wife that he has a contract and the monies from that contract was meant for her and the children and that when he dies, he should be buried in his hometown.

He said because he was to embark on an official trip, he left the hospital to prepare, it was when he was away that a friend called him to relay the demise of the deceased.

The witness disagree with the counsel that as a neigbour he sees the deceased frequently.

The witness agreed with defence counsel that the deceased mentioned the names of the accused in the presence of the witness, nurses at the hospital, and Hajia Adams, the wife of the deceased.

The case was adjourned to Dec. 16 for continuation.

Afoko, a farmer and his accomplice are being held on the charges of conspiracy to commit crime to wit murder and murder.

They have pleaded not guilty before the Court, which is composed of a seven-member jury.

Earlier prosecution had told the court that Mr Adams was a contractor, who lived at the Bolgatanga SSNIT Flats in the Upper East Region and was also the NPP Regional Chairman.

The Prosecution said on May 20, 2015, Mr Adams left his house to his construction site in his pick-up truck with registration number NR 761-14.

The Chief State Attorney said he returned to the house in the night and at the entrance of his house, two men signaled him to roll down the window of his car.

The prosecution said he obliged but the two men, however, poured acid on him and fled on a motorbike.

The prosecution said Mr Mahama shouted for help and his wife, Hajia Zenabu Adams went to his aid.

According to the Prosecution, Mrs. Adams also sustained burns on her chest and breast in her bid to assist the victim.

The prosecution said Adams told his wife that it was Gregory and Asanke, who poured the acid on him.

The Prosecution said also the deceased mentioned the two accused, in the presence of neighbours, as the people who poured the acid on him.

According to the prosecution the deceased was rushed to the Intensive Care Unit of the Bolgatanga Hospital where he passed on.

A postmortem conducted on the deceased by a Pathologist indicated that Mr Adams died of extensive acid burns.