African Football 2019: New year set to begin with a bang 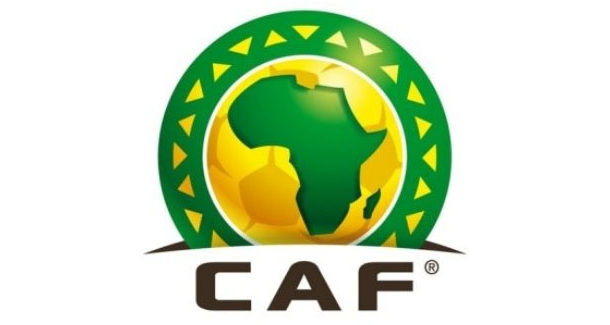 The new year will get off to a bang for African football with the decision on the next Nations Cup hosts, and will keep up a frenetic pace throughout 2019 in what looks like an action-packed year.

The Africa Cup of Nations finals in mid-year will be the highlight but there are also junior championships, club competitions and the Women's World Cup in France to look forward to.

Here is the BBC's guide to key dates on the African football calendar for 2019:

Key dates: 9 January: The Confederation of African Football's executive committee meets in Dakar to decide the emergency hosts of the Africa Cup of Nations finals with both Egypt and South Africa throwing their names into the hat to replace Cameroon, who were stripped late last year of the right to hold the tournament.

Egypt were last hosts in 2006 while South Africa stepped in to replace Libya in 2013. Morocco surprisingly did not enter the race although they have recently closed four stadiums for refurbishment in a move that has raised some eyebrows.

11 January: The group stages of the new edition of the African Champions League get under way barely months after the last tournament concluded with dramatic success for Tunisia's Esperance over Al Ahly of Egypt in an exciting two-legged final.

The 16 teams in this year's field include 10 previous winners and three newcomers in CS Constantine and JS Saoura of Algeria and Zimbabwe's FC Platinum. Group matches continue through until mid-March with the quarter-final draw in March.

22 January: The draw for the group stages of the African Confederation Cup will be conducted in Cairo at the end of an extra round of play-off games on 13 and 20 January. The 16 teams that progress to the group stage will be divided into four groups of four.

2 February: Nigeria go in search of a record extending eighth title at the African Youth Championship in Niger and a place at the U20 World Cup in Poland in May.

They headline the eight-team field for the two-week tournament in Maradi and Niamey, and compete against the hosts, Burkina Faso, Burundi, Ghana, Mali, Senegal and South Africa. Senegal were runners-up at the last U20 continental championship two years ago to Zambia, who did not qualify to defend their title.

February: The delayed Super Cup between Esperance of Tunisia and Morocco's Raja Casablanca is being played in Qatar in a move that has been widely criticised but the date is yet to be set.

Little explanation for the move was offered when the announcement was made late last year but such anomalies are not unknown to Africa - in the Gaddafi era, Libya hosted the Italian Super Cup and Morocco has hosted the French version in the past too.

19-21 March: The last round of qualifiers for the 2019 Nations Cup will be played across the continent with still another 10 places to be decided.

There is still a chance for the likes of Burundi, the Comoros Islands and Lesotho to qualify for the finals for the first time, following in the footsteps of Madagascar and Mauritania.

14 April: The African Under-17 Championships are hosted in Tanzania for a two-week period at the end of which the top four finishers will go on to represent Africa in the U17 World Cup in Peru.

The east African hosts are joined by Angola, Cameroon, Guinea, Morocco, Nigeria, Senegal and Uganda after regional play-offs were conducted for the first time.

26 May: The conclusion of this season's African Confederation Cup, which remains a distant second priority for clubs, after the Champions League, and needs the addition of added incentive for the participants - perhaps an automatic place in the group stage of the following season's Champions League for the winner?

31 May: The second leg of the African Champions League final. It brings to an end a competition sandwiched into little over six months as Caf introduced a switch in their calendar for their annual club competitions.

They used to be played inside a calendar year but now follow the calendar of most of the leading African domestic leagues, which begin in August and end in May.

5 June: Gianni Infantino has already received Africa's endorsement as he seeks re-election as Fifa president at the organisation's congress in Paris.

So far, no rival candidates have declared although the Swiss-Italian did anger Uefa members last year with an effort to overhaul the Club World Cup and possibly challenge the hegemony of the money-spinning Uefa Champions League. So, he might yet have a challenger as he seeks a further four years in charge.

7 June: South Africa will make their debut at the Women's World Cup in France but Nigeria are participating for an eighth time as they have yet to miss a tournament.

Cameroon play in a second successive tournament and have drawn Canada, the Netherlands and New Zealand. Banyana Banyana will be the first African side in action, against Spain in Le Havre on 8 June.

15 June: Kick-off of the first-ever 24 team Nations Cup finals, a logistical challenge for the country that hosts the month-long event. The teams will be divided into six groups of four, with 16 sides advancing to the knockout phase.

It means at least four of the six third-placed finishers in the groups will still be alive after their first three games. The final will be played on 13 July.

July: The exact date has yet to be set but the draw for the 2022 World Cup qualifiers are scheduled for mid-year in Qatar. Africa has again been allocated five places for what will be the last time there is a 32-team final tournament, although Fifa president Infantino has been agitating for 48 teams in what seems a stretch for Qatar's resources.

Africa will be hoping for a full house of entrants in the qualifiers to set a new benchmark. Last time for the 2018 finals, all 54 countries entered but Zimbabwe were banned.

16-18 August: The proposed dates for the 2018-19 Super Cup, which is usually hosted by the Champions League winner as they go up against the team that won the Confederation Cup.

9 October: The draw for the Champions League group stages and the third round of the Confederation Cup is hosted - usually at Caf headquarters on the outskirts of Cairo.

11 October: The qualifiers for both the 2022 World Cup and the 2021 Nations Cup are scheduled to start but the Caf executive has yet to determine how they be formatted.

They did decide in Moscow last June that the two preliminary competitions would be played separately. There was a proposal to have both qualifiers merged to reduce costs for countries qualifiers but Caf's leadership said no.

19 November: The U23 Africa Cup of Nations will be hosted in Egypt and will determine the qualifiers for the next Olympic Games men's football tournament in Japan, where Africa will have three places. Qualifying for the tournament in Egypt began last November.

11 December: The Fifa Club World Cup is scheduled to start although the venue is still to be announced and might move from Abu Dhabi to China as the future of the event remains cloudy. Africa needs to bounce back after failing to deliver a semi-finalist in the last five editions.