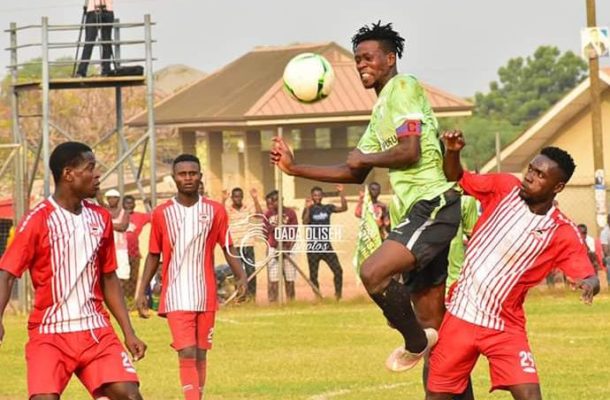 Agbozume Weavers FC get their first win of the season with a goal victory over Accra based FC, Uncle T United at Somey park on sunday.

Sabbah Ampah put the Somey based FC into the lead in the 57th minutes and that was also his first league goal at home for Weavers.

It's was not easy for Weavers football club at their own home ground after pressure keeps on coming from Uncle T United for them to equalize the goal.

Uncle T United have been in ball possession close to 29 minutes of played and tried all their best but could not do what Napoleon have done.

Agbozume Weavers football club will be travelling to Accra this Wednesday to face Accra Young Wise FC in match day 8 of the national division one league and will also welcome Amidaus Professional to Somey park on Sunday for match day 9.