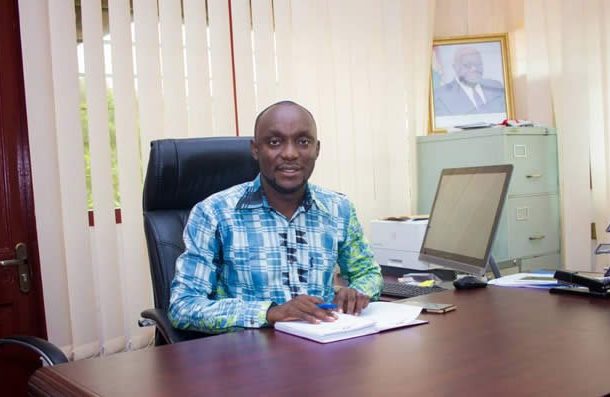 The Association of Ghana Industries is collaborating with the Scholarships Secretariat to create a labour bank to allow industries and businesses to easily source the requisite manpower for growth, Kingsley Agyemang, Registrar of the Secretariat has disclosed.

He said the labour bank, an initiative from the Akufo-addo government, was a laudable initiative, citing the case of Cimaf cement, a company from Morocco which would have relied on Ghanaian students  who studied in Morocco  as their first point of call in respect of job placement.

“The purpose is that if for instance there is a company from Hungary seeking to invest in Ghana, the company will not look further than the labour bank had there been one in place from the previous governments,” Mr Agyemang said.

“We want to get to a point where we can export excess labour to the neighbouring countries,” he said adding that Ghana would want to replicate the Cuban style where its economy thrives on medical and educational export.

He thanked President Nana Akufo-Addo for introducing such a laudable idea which has linked academia with industry.

Mr Agyemang said this when the secretariat held a reception in honour of some 50 Ghanaian students who will be on Hungarian Ghana government scholarships.

Expressing the Secretariat’s appreciation to the Hungarian government for their assistance, Mr Agyemang stated that aside the benefits Ghana stands to gain from the scholarship, “Hungary is reputed to be one of the best countries in the world to pursue academic studies at the tertiary levels.”

Mr Agyemang revealed that more than 3000 students applied for the Hungarian scholarship out of which 50 were selected, stressing that although the selection process was rigorous, the secretariat had no shred of doubt that the best students were selected.

He touched on the determination by the Nana Akufo Addo administration to commit more resources to education in the country, something he described as unprecedented.

Mr Agyemang commended the President for ensuring that the scholarship secretariat, which had been neglected for a long time, was back on its feet and helping Ghanaian students.

He also said through the secretariat’s collaboration with EOCO and the support from government, scholarship funds that were unutilized have been retrieved from headteachers and this had ensured that the Secretariat is able to settle supplementary allowances and other entitlements to students in various countries.

The Registrar told the students that the era where they were abandoned and denied their stipends were over.

Lawrence Tetteh, Founder and President of the Worldwide Miracle Outreach, who played a crucial role in the Hungarian scholarship deal, said the Hungarian environment was very much opened for higher studies and asked the students to take advantage of it, especially, their language.

He stated that Ghana has benefitted from Hungary in diverse ways, including areas such as pharmaceutical, engineering among others.

“The environment in Hungary is not like many European countries where you are allowed to work outside studies. In hungry you are paid and made comfortable to have a peace of mind to study,” he said.

Whilst asking them to take advantage of the system in Hungary, he cautioned them to draw the lines on what to do and no to do.