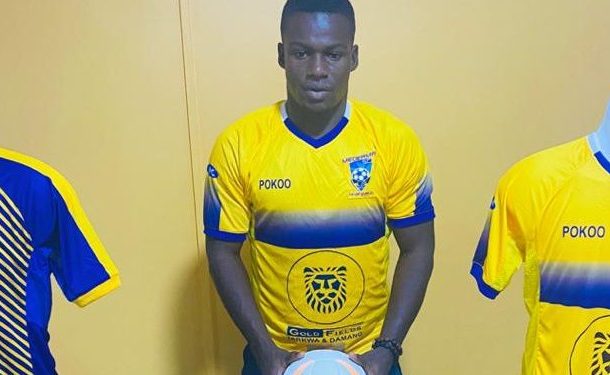 Yaw Preko has named his Medeama team to take on Asante Kotoko at the Len Clay Stadium in Obuasi on Sunday.

The Mauve and Yellows take on Mariano Barreto’s side on a back of a deserved 2-1 win over Lego Cities last Sunday.
The Tarkwa-based side will be looking for their second away win of the season.

Coach Yaw Preko has named a 20-man traveling squad for the crucial match against the Porcupine Warriors.

Medeama are also without midfield supremo Justice Blay for the match.

The 28-year-old has been ruled out between 2-3 months with a fractured fibula.

Former Elmina Sharks midfielder Benjamin Arthur has been drafted in to replace Blay and will most likely partner Richard Boadu at the heart of the park.

Midfielder Rashid Nortey and striker Amed Toure are back in the team after serving a one-match ban due to suspension.

This is the first competitive fixture between the two sides to take place outside Kumasi, Accra, Sekondi or Tarkwa since July 2010 when the Mauve and Yellows joined the elite League in Ghana. 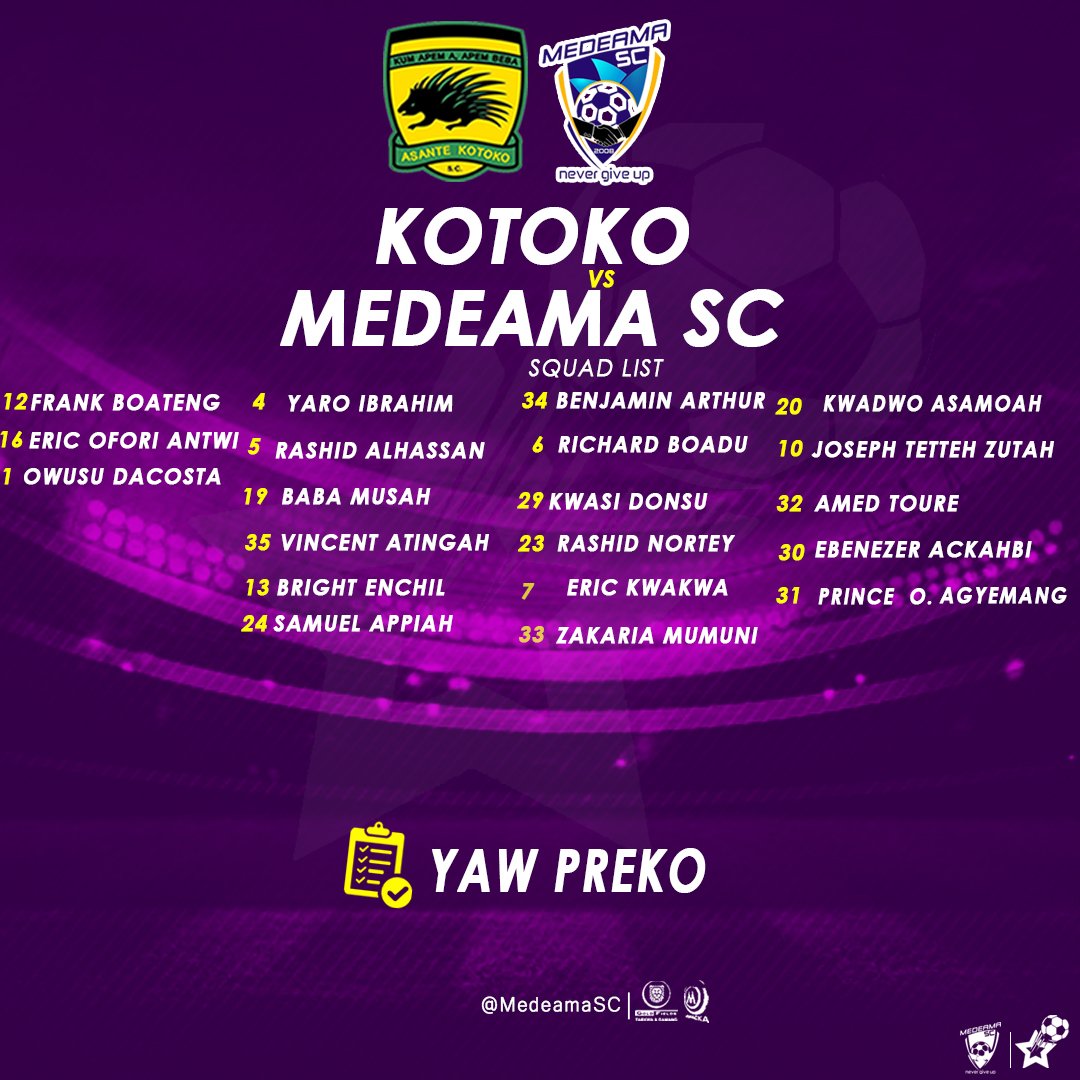