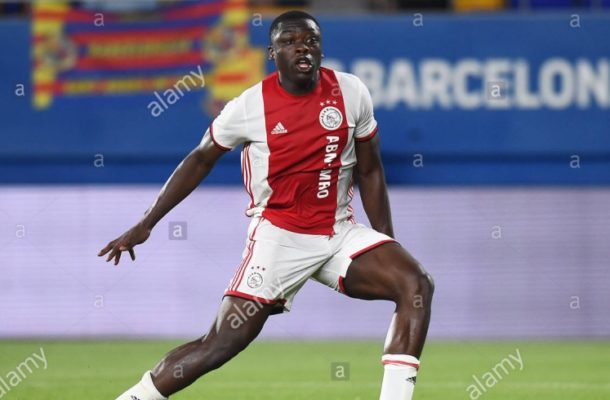 Dutch top-flight side Ajax Amsterdam have released Ghanaian teenager Brian Brobbey after failing to reach an agreement over a fresh deal with the youngster.

The Eridivise outfit have parted ways with the talented Ghanaian youth star following a contract extension disagreement between the two parties.

The 18-year-old promising forward was among the youth stars the Amsterdam-based club was counting on to build a formidable side at the senior ranks in the near future considering their prospects in the Dutch youth side.

However, due to disagreement over a fresh deal of contract extension, both parties have severed ties and the teenager is now heading towards a free agent as he would not be short of admirers in the ongoing transfer window.

"If they are good enough, we will get them into the selection and they will have opportunities. But you always taste some impatience. They don't have to be afraid. They Donny van de Beek and Frenkie de Jong can also take as an example. They played first division at Jong Ajax for almost a year. "

The Dutch-born Ghanaian budding talent has made 13 league appearances for the Ajax youth side in the 2019/20 Keuken Kampioen Divisie contest having scored 7 goals and provided 1 assist.

He is a sibling to PSV Eindhoven centre-back Derrick Luckassen.

The budding talent is still eligible to play for Ghana having featured for the Netherlands youth sides.