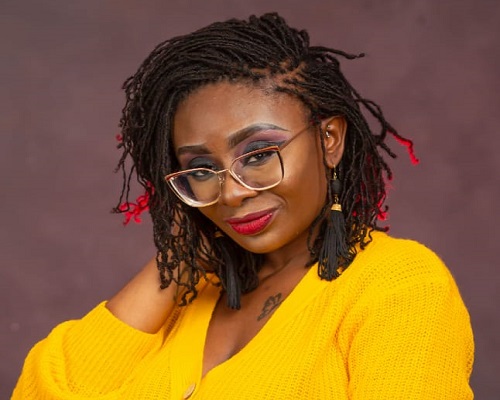 64 years ago, Ghana became the first African nation to free Herself from the shackles of a hundred years of colonial rule. We gained our independence, not by luck or providence but by the courage, fearless honesty and bravery of Ghanaians who lay their lives for what at the time would have seemed a mirage: Liberty. Independence. Freedom.

We are the legacy of freedom fighters, through whose resilience and resistance to our oppressors’ rule, sparked off a pan-African movement that brought the end of European colonization on the continent of Africa

Today, descendants who should be torchbearers to this legacy of Freedom Fighters are pushing to pass a Hate Bill into law which when passed will take away the freedom and destroy the lives of many Ghanaians who fall short of the whims of Christian extremists and religious fundamentalists. The new anti-LGBTQ+ bill, titled “The Promotion of Proper Human Sexual Rights and Ghanaian Family Values Bill” makes grossly harmful assumptions on the African Family institution, what sexual rights are and proposes very harsh treatments against the LGBTQ+ community in Ghana. The Bill goes as far as to propose a term of 5 to 10 years of imprisonment for any form of LGBTQ+ advocacy and support . The Bill also proposes to criminalize oral or anal sex between heterosexual couples and to criminalize the private use of sex toys. Even Asexuals, people on the spectrum of little to no desire for physical sexual intimacy, are criminalized under this hateful Bill. The total disregard for all the barriers of human rights and freedoms we never cross is alarming, ie. our human rights and freedoms to privacy, to speech, to thought and to opinion. This Bill is proposing to do the unthinkable – open a gateway to breaching human rights and dignity in such ways that if we allow, the nation shall never recover from the anarchy, destruction and trauma.

Enshrined in our democracy is the protection of inalienable human and natural rights and this is because of our collective belief that every human being has dignity, and no matter the wave of consciousness that is popular or trendy, this dignity must be protected. These dignities are enshrined in our rights to freedom of thought and opinion, freedom of speech, and to privacy.

Also enshrined in a democracy is a framework to protect minorities in a machine that largely favours the majority. Therefore, civil society, activists and advocates play a crucial role in filling the gaps to protect marginalized populations, thus the increasing relevance of women’s rights groups for instance, in a world rife with gender based violence. Therefore, to seek to criminalize the advocacy and even support for the LGBTQ+ community is not only a malicious and disturbing intent, but one that spits on the legacy of freedom fighters, and dishonors the blood sacrificed for the dream of Freedom in our beloved nation Ghana.

Therefore, it is indeed a very tragic day for Ghana’s democracy when members of Parliament and lawmakers whose duty first and foremost is to protect the Ghanaian citizen, when civil society whose duty is also to point out the shortfalls in government’s protection of its citizens and larger society who is supposed to be ever vigilant in the protection of our individual dignity, fail to do so. This anti-LGBT is a Hate Bill that denigrates everything that the Ghanaian represents: Freedom, Resilience, Peace, Acceptance, Hardwork, Integrity, Value for all human life.

Christian extremism and a general religious fundamentalism has been festering just beneath the surface of Ghanaian society for decades. In 2021, we are now being made to see the monster it has become and the hate it has festered is ugly to watch. Christian fundamentalism proposes the biblical worldview of creation as fact over science, and teaches interpretations of gender as a binary and sexuality in a specific nuance: as heterosexual and for procreation only. This is justified with divine scripture and these beliefs are to be internalized and, the risky part, evangelized by Christians as fact. The entrenchment of evangelical Christianity has meant that in our university dorm rooms, on the streets of Accra, in our offices, in trotro stations, on facebook feeds and on Twitter timelines, Christians and non-christians alike are bombarded to accept specific religious worldviews or be condemned to hellfire. Imagine if I stood on the street, like Christian evangelists do, with a big sign that read, “Give your life to MamiWata or you shall burn in hell for eternity.’ Many people will label me a heretic or worst case scenario, I will be lynched for being a witch. During the national buzz around the introduction of the Comprehensive Sexuality Education,an education kit which sought to bring truth and fact to sexuality education in a country where sex-ed is non-existent, evangelical Christians saw their campaign against it as a divine duty. Eventually, it was scrapped. With this hate bill, we are seeing how this has crossed over to an attempt to nationalize Christian ideals in a secular state. The underlying irony here is that as one faction enjoys their democratic rights to evangelize a worldview, they seek to pass a Hate Bill to criminalize the exercising of those same rights and freedoms of speech, thought & opinion by LGBT rights activists and civil society groups, concerned citizens and the media.

Many active citizens have pointed out the double standards in the argument that LGBT is not our culture on social media. In pre-colonial Africa, including ethnic groups in the area we now call Ghana, there is anthropological evidence of numerous African knowledge systems that had far more advanced notions of gender and sexuality. Gender was not perceived as a binary but rather as a spectrum. In many ethnic nations, trans people were seen as a gateway to the gods. The Supreme Being was androgynous and not gendered as a ‘He’ as modern Abrahamic religions do today, because that will be infinitely limiting of the Supremeness of the Supreme Being. The Nzema people had a tradition of adult men marrying each other. These marriage were called agyale, “friendship marriages”. The couple would observe all the social equivalents of a heterosexual marriage, a bride price was paid and a traditional wedding ceremony was held. Among the Nankani, female marriages were observed for the continuous perpetuation of the lineage. Crossdressing, which proponents of this bill also seek to criminalize on the basis of ‘it’s not our culture’ is actually a very ancient part of African cultural festivals amongst many ethnic nations on the continent. Among the Ga for instance, men crossdressers are still a common feature in festivals and gatherings.

This is because in the essentiality of African Traditional Thought, it is limiting to reduce Personhood to a gender binary, age or even clan. Many African languages are not gendered but became gendered in translation to colonial languages. Personhood is not based on being a man or woman but rather a status that is conferred on a person by how they live their lives and their contributions to society. Ghanaian Philosopher Kwasi Wiredu says of the philosophical conceptualization of Personhood among the Akan: “Personhood is not an automatic quality of the human individual; it is something to be achieved, the higher the achievement, the higher the credit. ”

What we are seeing today is the legacy of colonialism and collective damage missionaries have done to the Ghanaian psyche and a neo-colonial importation of hateful US evangelical groups. The World Congress of Families, a designated hate group held a conference in Ghana two years ago, on the invitation of the Ghanaian organization, after whom the Hate Bill is named, The National Coalition for Proper Human Sexual Rights and Family Values. Key to the mission of the WCF is the promotion of a worldview that advocates the erasure of the human rights and freedoms gained for women and the LGBT+ community. Two years after this Conference was held in Ghana, this hateful Bill is a living, breathing document that has been put before the Ghanaian parliament. This was the WCF’s modus operandi in Kenya and in Uganda, so why are Ghanaians hosting a Hate Group here and allowing them to influence our laws?

In a democracy, religious and personal worldviews are protected. To hold one’s personal truths and live your life by those personal truths is a fundamental human right that is natural right. However, to seek to nationalize a religious worldview on a whole nation is to infringe upon the human rights and freedoms of a populace, and it calls for anarchy and destruction. To pass this bill will be the beginning of the unravelling of our hardwon democracy. Human lives will be the sacrifice to this anarchy. We need to see this. We need to see this so we can begin to transcend it and evolve out of our collective colonial and religious trauma.

In these very turbulent times, we are being challenged to do better, to BE better. It requires a deep collective and individual self-awareness. It requires memory recall and at the same time a societal introspection. It requires vigilance to resist all forms of oppression even when they are cloaked in religious fundamentalism. It requires Healing and most important of all, it requires Love. And a Hate Bill fails woefully at this. I am a Ghanaian and I do not support this anti-LGBT Bill. This is not who we are. My friend, Kinna Likimani says that to be Ghanaian is essentially to be a freedom fighter. The 1st stanza of our national anthem proselytizes:

Bold to defend forever
The cause of Freedom and of Right;
Fill our hearts with true humility,
Make us cherish fearless honesty,
And help us to resist oppressors’ rule
With all our will and might for evermore

This is a momentous time in our story. There is a global spotlight on us because Ghana all over the world is seen as the First African nation and has become, in recent years, a beacon of what a successful African democracy looks like. May we show up and show out. May we be resilient from the oppression of religion fundamentalism and hate. May we transcend to a culture of acceptance, accountability and the fierce protection of human dignity. May we remember our legacy as Freedom Fighters.

Akosua Hanson is the host of the YLounge on Y 107.9 FM, a feminist and social activist.