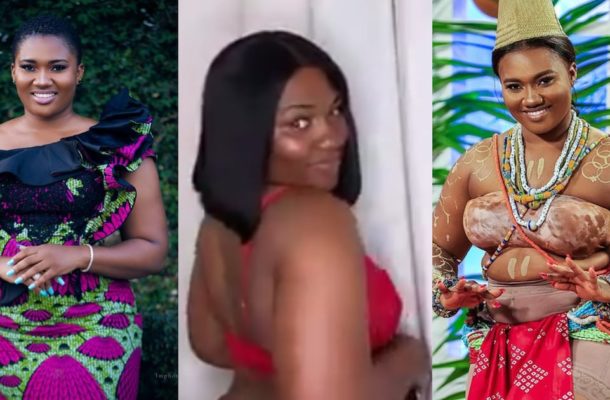 Former Television personality Abena Korkor has decided to go off her Instagram page for sometime.

The reason for staying off the photo and video sharing platform is not known.

However, before Abena Korkor left the platform, she deleted all her nude photos and videos she shared on the page.

This comes on a day when socialite Akuapem Poloo was convicted for posting a naked photo of herself and her son.

The Judge reading her sentence noted that Ghana’s social media space is now awash with nude photos and that Akuapem Poloo’s sentence should serve as a warning to ladies who think it’s right t expose themselves on social media.

The actress will spend 90 days in prison after she pleaded guilty to the charges made against her.

Meanwhile, some persons in and out of Ghana have insisted that the punishment meted out to the actress was high handed and have called on the President of Ghana to pardon the actress who they say is a first time offender.