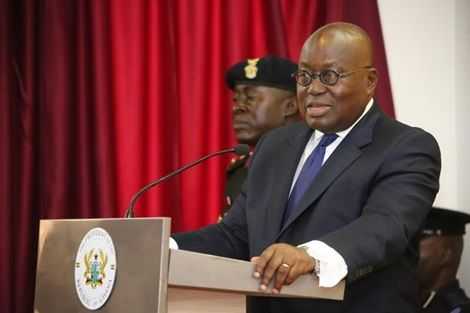 Before the handing over the office to the Chiefs, the President would pay a courtesy call on the Overlord of Waala Traditional Area, Naa Fuseini Seidu Pelpuo IV, at his Palace and inspect a Youth Centre Project at Dondoli, also in Wa.

The President’s visit is part of his tour to the Northern, Upper East and Upper West Regions, according to an itinerary from the Presidency made available to the Ghana News Agency by the Upper West Regional Coordinating Council in Wa.

He would then continue to Wa Polytechnic to commission a Library and Amatol laboratory and later meet Chiefs and Queen mothers from five Districts that include; Wa, Wa West, Nadowli/Kaleo, Daffiama-Bussie-Issah and Wa East at the Regional House of Chiefs’ office

The President would on Wednesday July 25 move on to inspect Wa-Han Road Project in the Daffiama/Bussie/Issa constituency.

He is billed to call on Ullo Naa in Ullo in the Jirapa Constituency, where he would be commissioning projects at Ullo Senior High School.

President Akufo-Addo would round-up his tour with a meeting with the Chiefs and Queen Mothers of six Districts - Jirapa, Sissala West, Sissala East, Lambussie, Nandom and Lawra.

He is expected back to Accra on the same day, Wednesday 25, July.