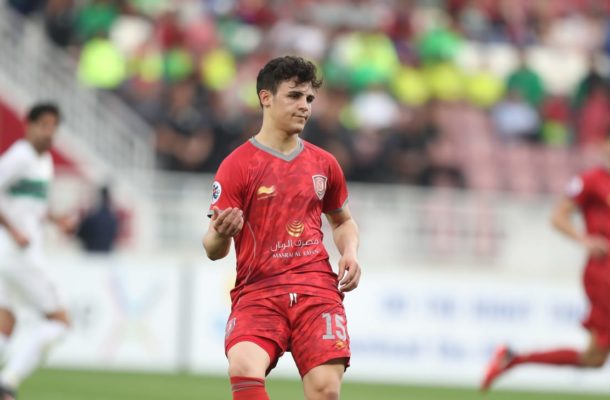 Doha: After Al Duhail went on a record-equaling winning run in last year’s AFC Champions League, Bassam Al Rawi insists that the Qatari side will be even stronger in the 2019 edition ahead of their Group C opener against the Islamic Republic of Iran’s Esteghlal on Tuesday.

A 3-1 defeat in the return meeting saw Al Duhail exit but, having since acquired high-calibre signings including Medhi Benatia and Shoya Nakajima, and boasting several players – including Al Rawi – from Qatar’s victorious AFC Asian Cup UAE 2019 campaign, the defender believes Al Duhail are ready to challenge for the Continental trophy.

“We were strong competitors last season but some of the players have changed, so the team is now complete and stronger than before,” said the 21-year-old.

“Nakajima and Benatia are known throughout Asia and the world, so they are a great addition to our team, the Qatari league and the AFC Champions League. Certainly they will be a huge help in our Asian journey this season.

“After we built a good reputation for ourselves in the previous competition, our main goal is to win the title and show the true quality of the team."

A post shared by Medhi Benatia (@m.benatia5) on Feb 5, 2019 at 10:30am PST In the 2018 Continental campaign, Youssef El Arabi earned many of the early plaudits, with the Moroccan striker netting nine goals prior to the quarter-finals, while Tunisian Youssef Msakni and Korea Republic international Nam Tae-hee were also standout performers.

But some of Qatar’s younger generation – such as Al Rawi, Almoez Ali and Assim Madibo – were also gaining invaluable experience on the Continent and they have since enhanced their reputations at the AFC Asian Cup UAE 2019.

Ali finished as the MVP and record-breaking top scorer with nine goals and all three played 90 minutes in the final against Japan, while Al Rawi also netted twice in the competition.

Under the stewardship off Al Duhail’s new head coach Rui Faria, the trio will now look to achieve double Continental glory in 2019.

“Everyone is asking for more and everyone’s expectations have increased since we won the Asian Cup title,” admitted Al Rawi, whose team will also face Saudi Arabia’s Al Hilal and the United Arab Emirates’ Al Ain in the group stage.

“But this gives us a strong motivation in the AFC Champions League to show the great development of Qatari football; I hope all the Qatari clubs in the tournament are successful and get as far as possible.

“I think the competition will be strong, but we are determined to be victorious. We are a fierce competitor that possesses all the qualities needed to win the title.”