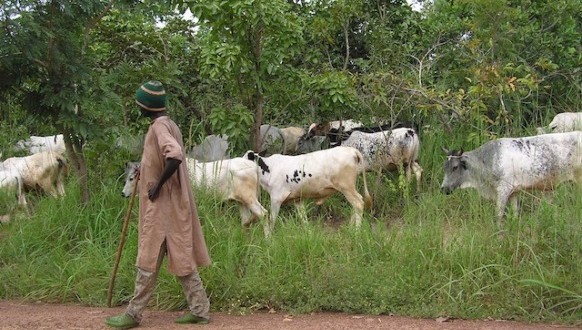 Staunch member of the New Patriotic Party Alhaji Karim Grusah has accused the District Chief Executive (DCE) of Asante Akyem Agogo and the Member of Parliament (MP) for the area of deliberately ordering the  killing of  their cattle.

Grusah, who is Members of the Cattle Owners and Dealers Association in the Ashanti Akyem Agogo has also pointed accusing fingers  at the District Security Council (DISEC) in the area for failing to give them prior notice before embarking on the operation to drive away their cattle from the town.

“According to my herdsman, the military have killed about 50 of my cattle,"Grusah said.

He has  said the court ruling to evict herdsmen with their cattle from the area did not include the killing of the cattle.

The owners claim that the joint security task force carrying out the operation has deliberately killed over a hundred cattle and have sold out some to indigenes of the area.

Indigenes of Agogo and its environs for the past years have accused herdsmen of allowing their cattle to graze and destroy farmlands which are the only source of livelihood.

But Grusah claims  said cattle owners in the area have always paid compensation to farmers whose farmlands have been destroyed by the cattle.

Alhaji Grusah indicated that members of the Association have also been engaging and dialoguing with the security on how best to effectively enforce the ruling and also prevent alien herdsmen from bringing their cattle to the area.

He appealed to Government to intervene in the matter since the actions of the taskforce will not ensure an effective enforcement of the court order the DISEC is seeking to implement.

He also warned that the Association might stop its members and cattle dealers from selling out their cattle if Government fails to use a proper measure in addressing the issue.
Ghanaguardian.com