All coronavirus patients at Korle Bu recover, been discharged 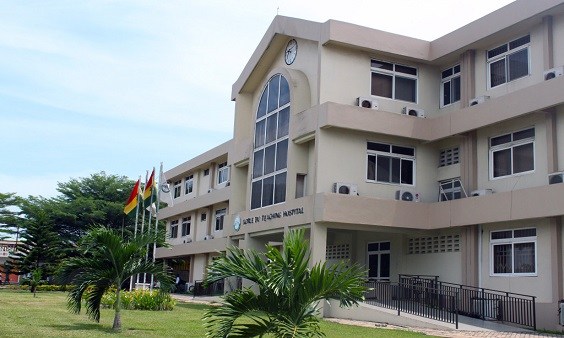 Ghana’s premier healthcare center, the Korle Bu Teaching has recorded a 100 percent recovery rate from the global pandemic, the Coronavirus.

In a statement sighted by GhanaWeb, the hospital noted that all seven patients from the Korle Bu and Bolgatanga Regional hospitals were discharged after a series of confirmatory tests returned negative.

“The professional categories of the discharged patients are a nurse, an orderly, a doctor and a security officer.

The patients were impressed with the level of care and the contributions of the multidisciplinary team that the Hospital has assembled and tasked with the treatment of the patients,” part of the statement read.

It will be recalled that early last month, disgruntled doctors at the Department of Accident and Emergency at the country’s frontline hospital, threatened to lay down their tools and withdraw their services over what they described as poor level of preparedness of the unit in the fight against the fast-spreading deadly Coronavirus.

There were reports that the doctors, in a Memo to their Head of Department, decried the usage of a sideward as an isolation centre without the necessary Personal Protective Equipment (PPE).

“We write to express our general dissatisfaction with the preparedness or lack thereof of the department to combat the current COVID-19 pandemic. We also wish to express our displeasure with the events surrounding the hospital’s first confirmed case.

“Firstly, the pandemic; an existential threat to us, you will agree has to be handled with decisiveness and transparency. It is based on this that, we are against the actions or inactions taken before, during and after the case had been confirmed,” they exclaimed in the memo.
The current development goes to note that the concerns of the doctors were addressed hence the positive update in the recoveries.

Below is the statement from the Korle Bu Teaching Hospital, signed by the CEO