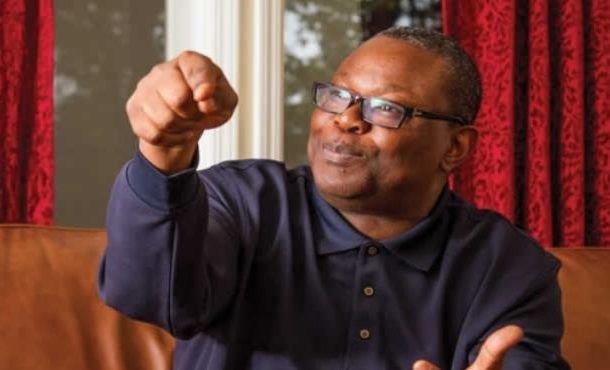 The Ministry of Foreign Affairs and Regional Integration has debunked claims   that it denied the New Patriotic Party's vice presidential nominee, Dr. Mahamudu Bawumia access to the Accra International Conference Center (AICC) for his public lecture slated for today [Thursday].

The Deputy Minister of Foreign Affairs, Dr. Emmanuel Bombande, described the accusations as “petty” in an interview with Citi News' Sixtus Dong Ullo.

The organizers of the lecture say they were denied access at the eleventh hour; despite previous meetings and assurances by managers of the facility which is under the Ministry.

They subsequently announced that the event will be held at the National Theatre.

They also accused government, through the Ministry of Foreign Affairs; of trying to sabotage the event because it fears Dr Bawumia will expose how bad it had run the economy.

But Dr. Bombande explained that, the Ministry granted the Danquah Institute, organizers of the lecture the approval to use the facility and added that they went ahead to decorate the place for the lecture, but “we only heard the news yesterday [Wednesday] in the evening that they had a change of mind and they were relocating to another venue.”

Approval
The Ministry of Foreign Affairs and Regional Integration manages the Accra International Conference Centre and persons seeking to use the facility make formal request to the Ministry.

echnicalities and things that include: number of people, convenient of the hall, among others. My response to you is that, precisely on that process that involves us.”

“Anything outside out of this remit, I am not able to speak to. The Ministry of Foreign Affairs and Regional Integration has provided approval for the use of the conference centre and there is no need to go down to the petty level of what is being insinuated that they were denied the use of the conference centre by government.  As to the other speculation of who did what and when they did it and whether the event organizers together with the managers had agreed upon what was needed to be done, those are details that are not in the purview of government. Those are technical details between organizers and the managers of the Centre,” Mr. Bombande explained.

Event to come off at National Theatre
Meanwhile Citi News' Sammi Wiafe reported that Dr. Bawumia's aides are earnestly preparing the new venue, the National Theatre, to host the event at 4:00pm this evening.